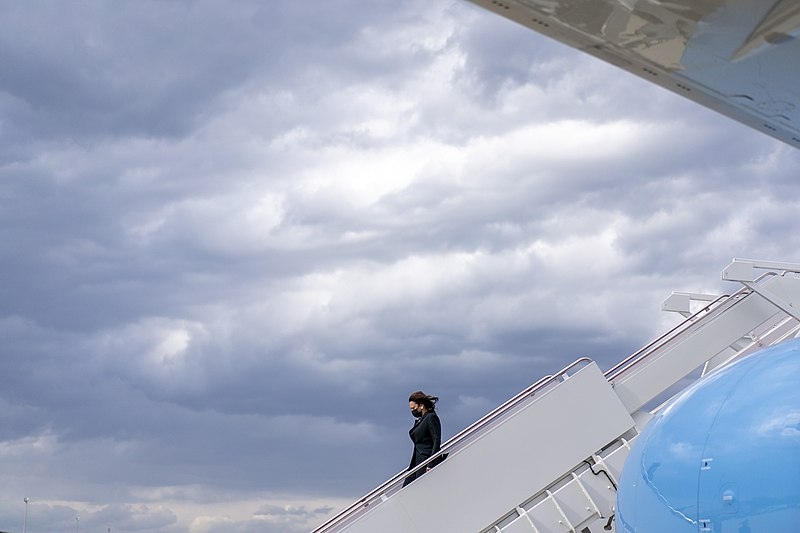 In recent days, there have been reports regarding what is happening behind the scenes, specifically among the staff of Vice President Kamala Harris. The White House recently dismissed the claims following the reports.

Harris’ deputy press secretary Sabrina Singh told CNN that the focus in Harris’s office is mainly on the Biden-Harris agenda, a signal dismissing conflicting reports suggesting dysfunction among staff members. This comes as two people familiar with the matter told the outlet that some staff members reportedly expressed frustration towards what they see as a dysfunctional environment that has led to conflict.

“The Vice President and her office are focused on the Biden-Harris Administration’s agenda to build an economy from the middle out and the bottom up, not the top down, to making sure racial equity is at the core of everything the Administration does, to combating the existential threat of climate change and to continue protecting the American people from the COVID-19 pandemic,” said Singh.

Even as the White House has already pushed back against the reports, other people familiar with the matter revealed to the outlet that there have already been discussions on how to assist the vice president’s team better. To note, some of the complaints reported involved Harris’s chief of staff Tina Flournoy, accusing Flournoy of keeping a tight environment where possible ideas are dismissed and officials delay making decisions.

In other news, Harris made a brief surprise visit to a fire station in Los Angeles, near her home in Brentwood. Harris visited the Los Angeles Fire Department Station 19 following her visit to Las Vegas to promote the country’s progress. Accompanied by Second Gentleman Doug Emhoff and Congressman Ted Lieu with his wife Betty, Harris gave the firefighters a box of cookies from a female-owned small business in the area.

Harris also thanked the firefighters for their efforts and even touched on the subject of wildfires and drought conditions during her visit.