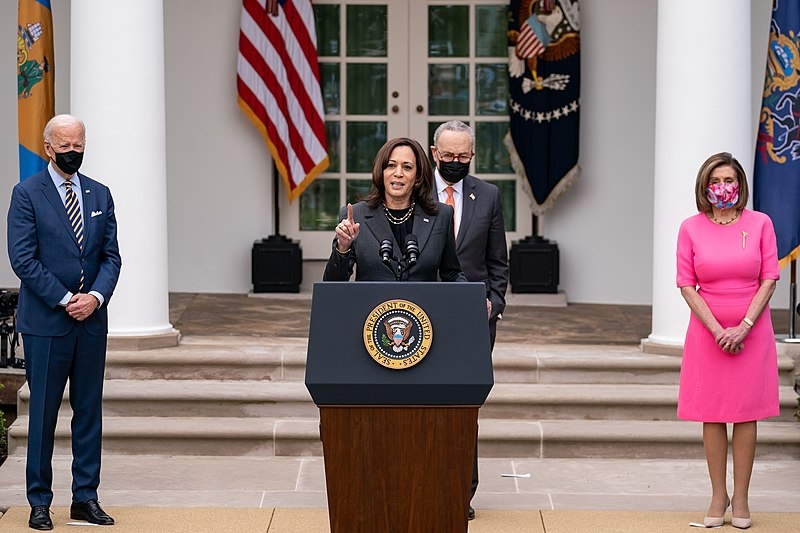 A woman from Miami, Florida, Niviane Petit Phelps, was charged in a federal court for threatening to kill Harris. Phelps allegedly made the threats in videos she sent to her husband who is in prison. Phelps sent five 30-second videos and two photos to her husband back in February through a service called “Jpay.”

“The videos generally depict Phelps complaining and speaking angrily to the camera about her hatred for President Joe Biden and Vice President Kamala Harris, among others,” said the authorities. “However, in those videos, Phelps also made statements about killing Vice President Harris.”

In an interview with investigators, Phelps said she believes that Harris is “not actually Black.” Harris is the first Black woman, and the first Asian American to become vice president. Phelps later told investigators that she was mad about Harris getting elected to the vice presidency but “was over it now.”

Heroeia Petit, Phelps’ mother, said that her daughter is “sick” and does not know what she is saying. Mrs. Petit hopes that the charges against her daughter be dropped.

In other news, Harris is set to visit North Carolina this week to discuss the economy and promote Biden’s $2 trillion American Jobs Plan that would center on infrastructure. Harris will be visiting Greensboro and High Point and Governor Roy Cooper will be joining Harris at her remarks that will take place before noon at Guilford Technical Community College.

Harris will be touring Thomas Built Buses, which manufactures electric school buses hours after her speech at the college.