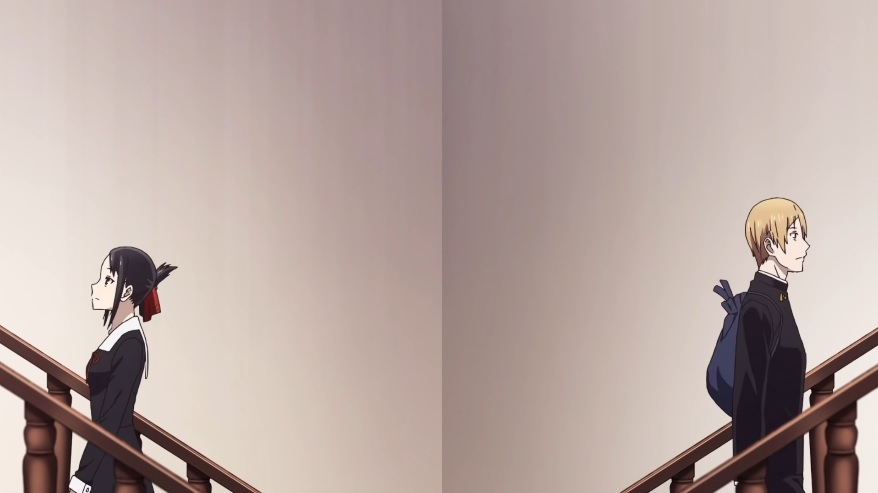 Miyuki Shirogane is taking on a very important battle as he decides to fight for Kaguya Shinomiya. This realization happens after the President gains a new and rather unlikely friend in “Kaguya-sama: Love Is War” chapter 212.

Shirogane decides to fight for Shinomiya

It can be recalled that Kaguya previously told Miyuki that they have to chase their dreams separately in the meantime. That would mean Kaguya will not join him in Stanford as she fights to emancipate herself from the influence of the Shinomiya clan.

In the latter pages of “Kaguya-sama: Love Is War” chapter 212, according to leaked spoilers, Miyuki will think back from that moment and realizes that Kaguya must have mustered all her strengths to suggest they part ways for a while. This only inspires Miyuki to do the same for her and he decides that he should support her in this fight before he leaves for Stanford.

Exactly how Miyuki will mount a battle with a powerful family is not detailed yet in “Kaguya-sama: Love Is War” chapter 212. But the leaks confirm that the President of the student council is the focus of the next major arc in the upcoming chapters.

Before Miyuki gets all serious in “Kaguya-sama: Love Is War” chapter 212, he will first address the elephant in the room. One of the transferees that joined their class is Mikado Shijo, whom Miyuki has quietly considered as his rival.

Miyuki will approach Mikado in “Kaguya-sama: Love Is War” chapter 212 to tell him that he has been hoping to defeat him in the national mock exams. However, Mikado’s name did not appear in the list after he ranked as no. 1 while Miyuki placed second.

Mikado will then explain that he only landed the top spot because he gave his all for that particular exam so his parents would allow him to continue playing football. The new student will proceed to praise Miyuki for claiming ranking no. 1 multiple times. These praises will immediately turn Miyuki’s piercing looks into a blushing face in “Kaguya-sama: Love Is War” chapter 212. Maki, Mikado’s sister, watches from a distance but is happy that her brother has gained a new friend.

“Kaguya-sama: Love Is War” chapter 212 will be released on Thursday, but fans outside Japan can read the manga by buying the official volumes. Unfortunately, its weekly release does not have a digital version with the English translations like the Weekly Shonen Jump titles. Those who want to read the weekly release will have to rely on fan scanlations.