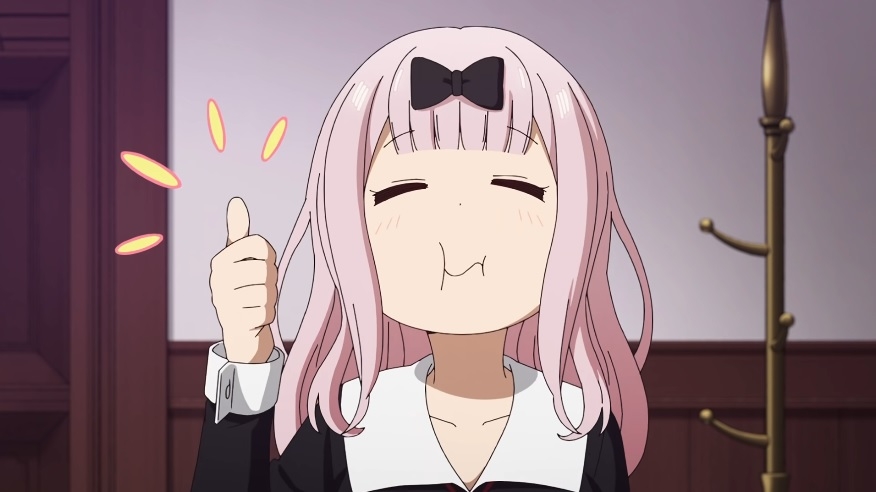 Fans have been asking for another so-called ramen chapter, and the leaked “Kaguya-sama: Love Is War” chapter 210 scans suggest it is finally happening. Some question its timing, though, as the manga had just introduced the biggest conflict yet for the relationship of Kaguya and Miyuki.

Leaks are out for “Kaguya-sama: Love Is War” chapter 210. The full chapter appears to have been released on some sites online, and it is only focused on Chika’s next ramen adventure.

The ramen chapter has been one of the running gags in the series where Chika just steps out alone one day and surprises people around her with an appetite for ramen. “Kaguya-sama: Love Is War” chapter 210, however, is not just about her. Most of the panels show other young women seemingly having a rough time.

In the end, though, Chika appears very satisfied with her latest ramen escapade. But fans will have to wait for other scanlations later this week. The “Kaguya-sama: Love Is War” chapter 210 leaks available right now are Korean scans, so the texts are all in Hangul.

What happens to Kaguya and Miyuki next?

To recap, Kaguya suggested that she and Miyuki part ways in the meantime. She revealed she has decided to stay in Japan and does not want Miyuki to forfeit his plans of studying at Stanford just to be with her. The young couple is confronted with the difficulties that come with their different social class.

As Kaguya explained, her family still practices patriarchal rules where personal relationships and marriages are often tied with business decisions. She is not giving up, though. She wants Miyuki to pursue his dreams in America while she stays in Japan to free herself from her family’s control and old-fashioned beliefs.

With “Kaguya-sama: Love Is War” chapter 210 being an entirely ramen chapter, fans should not expect any update this week about the status of Kaguya and Miyuki’s relationship. But it will be interesting how their friends, many of whom come from influential families as well, would react to their decision of parting ways.

“Kaguya-sama: Love Is War” chapter 210 scans with decent English translation should become available by Thursday. Fans can find links that will direct them to it through online forum discussions. But it is still highly recommended to support the official volumes of the manga series.