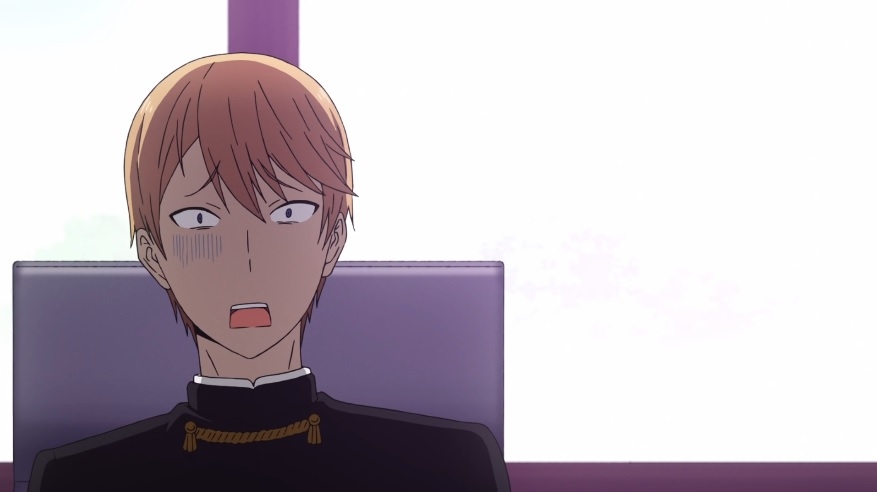 The spring break is over and the students of Shuchi’in Academy are back in “Kaguya-sama: Love Is War” chapter 211. Manga readers should expect some new faces joining the usual gang, including Miyuki’s rival Mikado Shijo.

Thanks to the “Kaguya-sama: Love Is War” chapter 211 leaks, fans can now confirm that the start of a new semester is going to be full of surprises. The chapter opens with Kaguya desperately hoping that the new school year would allow her and Miyuki to finally be in the same class. She will later get her wishes, but that is not even the biggest surprise in this installment.

Several transfer students are joining Miyuki and Kaguya’s class in “Kaguya-sama: Love Is War” chapter 211. But the biggest surprise for Miyuki is seeing Mikado Shijo enter the room. It can be recalled that Mikado scored higher than Miyuki in an earlier national practice exam, thus, making him the implied rival of President.

The timing of Mikado’s addition in Shuchi’in is also interesting given that Miyuki and Kaguya recently recognized a huge obstacle in their relationship. The Shinomiya clan is unsurprisingly practicing some old-fashioned traditions that could have Kaguya be with a person she does not love through an arranged marriage. The Shijos are distant relatives of Shinomiyas making it possible that Mikado’s transfer in “Kaguya-sama: Love Is War” chapter 211 is related to Kaguya and Miyuki’s dilemma.

Fans have other theories about Mikado as well. Some suggest he could later become a love interest for Hayasaka, but the “Kaguya-sama: Love Is War” chapter 211 leaks do not give any indication to suggest that would be the case. It is not entirely impossible, though. As fans know, Ai’s family has a long history with the Shinomiya clan so it is not going to be surprising if Ai and Mikado will have some sort of connection along the way.

‘Kaguya-sama: Love Is War’ chapter 211 release date, where to read

The manga’s official English release is only published per volume. That means fans will have to depend on fan-generated scans and translations to follow its weekly release. “Kaguya-sama: Love Is War” chapter 211 should be available in various sources online by Thursday, Dec. 10 but fans are still highly encouraged to support the manga’s official releases. Volume 17 is now available while pre-order for volume 18 is now open through the Viz Media website.