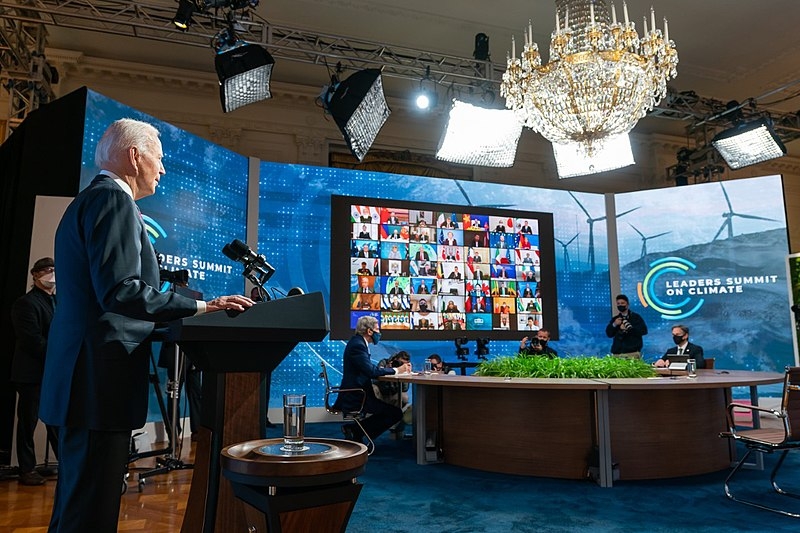 Not long after the global climate summit that Joe Biden hosted last week, he is set to correspond with his counterparts in the G7. Biden is set to reportedly push his G7 allies into increasing pressure on China for its forced labor practices.

A White House official revealed that Biden is set to urge his counterparts in the G7 group to ramp up pressure on China for its use of forced labor. This is especially in the north-western Xinjiang province, where the Uyghur Muslim community resides. This is ahead of Biden’s upcoming in-person meeting with other world leaders in June, where he is also expected to touch on the strategic rivalry between democratic and autocratic states like China.

Biden’s deputy national security adviser and director of the National Economic Council Daleep Singh said that Biden’s upcoming meeting in Cornwall would center on health security, the economic response to the pandemic, action on climate change, and promoting the shared democratic values in the G7. Mr. Singh is also helping in coordinating the meeting.

“These are like-minded allies and we want to take tangible and concrete actions that show our willingness to coordinate on non-market economies such as China,” said Mr. Singh. “The galvanizing challenge for the G7 is to show that open societies, democratic societies still have the best chance of solving the biggest problems in our world and that top-down autocracies are not the best path.”

Mr. Singh noted that Washington has already taken action against China for its human rights abuses in Xinjiang. Washington plans to expand the efforts to the rest of the G7-member countries.

In other news, Turkey’s foreign ministry has summoned the US ambassador to the country following Biden’s decision to acknowledge the Armenian massacre by the Ottoman Empire as an act of genocide. They summoned US Ambassador to Ankara David Satterfield on Saturday to express the condemnation of Ankara of Biden’s statement.

The ministry said that Biden’s statement does not have a legal basis in terms of international law, which angers the Turkish people. Biden previously pledged to acknowledge the killing of millions of Armenians during the First World War as an act of genocide.