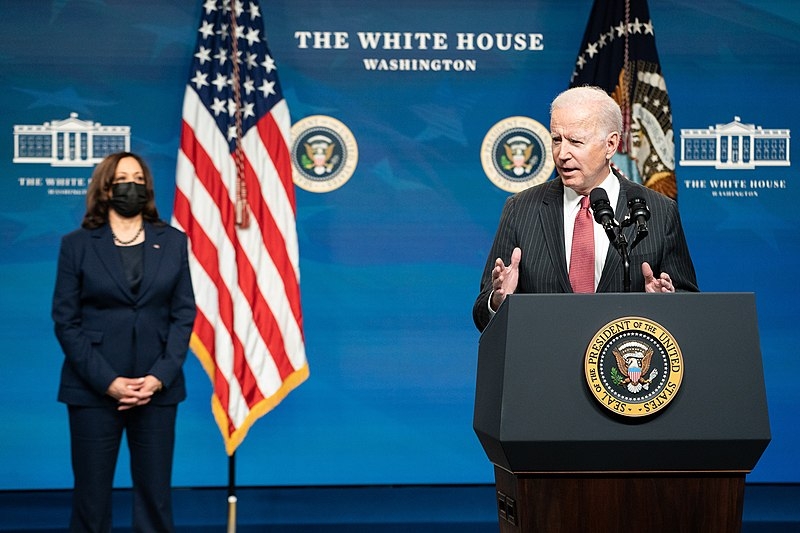 President Joe Biden’s stance on immigration and immigrants is a stark contrast to that of his predecessor’s. In an official video message, Biden thanks the newly naturalized US citizens for choosing to be part of the country.

Biden addressed the newly naturalized United States citizens in his video message, thanking them for choosing the US. In his brief address, Biden touched on his Irish heritage as a descendant of Irish immigrants and praises the contributions that they will make to American society.

Recorded messages from presidents are usually played shortly after citizens have taken their oath of allegiance and at the end of the ceremonies. This time, the Biden White House and the US Citizenship and Immigration Services have chosen to release the video publicly for the new citizens and the American public to view from home.

“First and foremost, I want to thank you all for choosing us and believing that America is worthy of your aspirations,” said Biden in the video. “You all have one thing in common -- courage. The courage it takes to sacrifice and make this journey. The courage to leave your homes, your lives, your loved ones, and come to a nation that is more than just a place but rather an idea. An idea that where everyone is created equal and deserves to be treated equally.”

Recently, Indian Prime Minister Narendra Modi has accepted Biden’s invitation to attend the Leaders’ Summit on Climate that will be held virtually, according to the Ministry of External Affairs. The meeting is to take place on April 22 and 23. John Kerry, the US Presidential Envoy for Climate, arrived in India on April 5 to discuss the upcoming summit on climate that Biden is hosting.

Modi is one of the 40 world leaders that Biden has invited to discuss the importance of stronger climate action and its benefits on the economy, according to the White House. Biden will detail the US goals of the reduction of carbon emissions by 2030 also known as the nationally determined contribution under the Paris Climate Agreement. Biden rejoined the US in the climate agreement following his predecessor’s withdrawal.