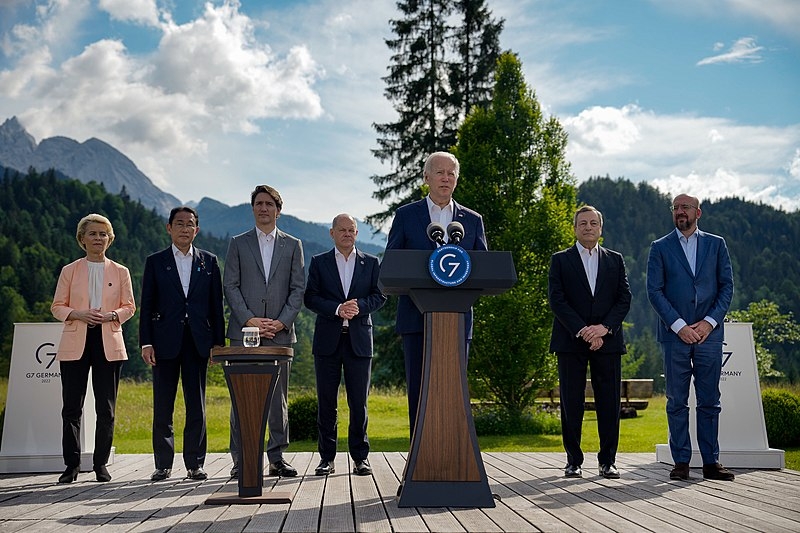 This week, US President Joe Biden signed a memorandum that would crack down on illegal fishing. The memorandum detailed the Biden administration’s steps to address and combat illegal fishing including in international waters.

In a fact sheet released by the White House, the memorandum will coordinate with a diverse set of stakeholders from public, private, foreign, and domestic. Washington will also utilize the full range of authorities to address IUU or illegal, unreported, and unregulated fishing.

This includes policies promoting “labor rights, human rights, and fundamental freedoms” that will ensure supply chains do not have forced labor. The administration will engage with international firms and trade partners to address forced labor and other abuses linked to illegal fishing.

The Biden administration will also collaborate with international organizations, regional bodies, and stakeholders from governments and the public and private sectors to further raise awareness of the challenges posed by IUU fishing.

The administration will also “combat abuses and strengthen incentives for ethical behavior in the global seafood industry, including by limiting the market for products derived from IUU fishing, forced labor, or other abusive labor practices.”

In this week’s United Nations Ocean Conference, the Biden administration announced that it would be partnering with the United Kingdom and Canada to establish the IUU Fishing Action Alliance with a commitment to taking immediate action on IUU fishing.

The US Interagency Working Group on Illegal, Unreported, and Unregulated Fishing, making up of 21 federal agencies, will be releasing its five-year plan to address and combat IUU fishing by the end of July.

In other related news, the Russian foreign ministry released its list of figures who are not allowed to set foot in Russia following the war in Ukraine, including Biden’s wife, first lady Dr. Jill Biden, and his daughter Ashley Biden.

The latest list was in response to the increasing sanctions the US and the West are imposing on Russia as punishment for its unprovoked invasion of Ukraine in February.