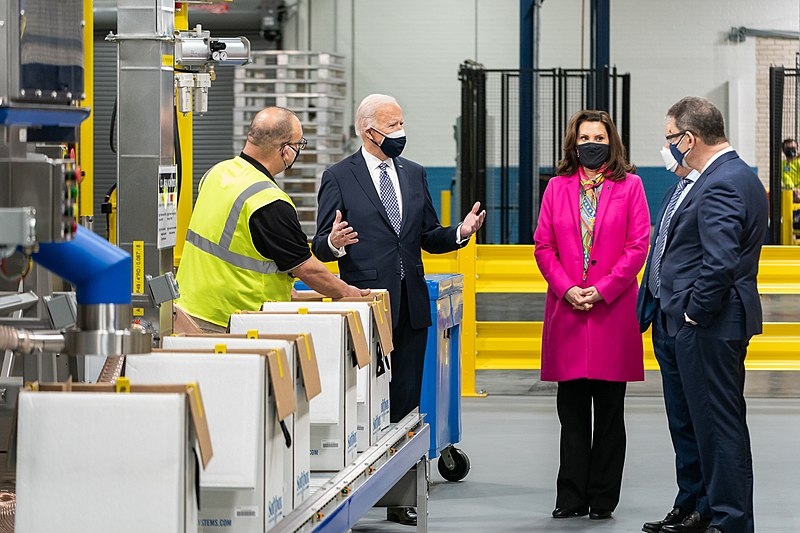 Even as progress is being made with regards to the ongoing pandemic in the US, more and more reports of COVID variants are surfacing. Joe Biden is now warning states to slow down their reopenings in light of a new surge of cases surfacing.

Speaking at an event Monday, Biden warned the states that are already keen to reopen to slow down due to reports from the health experts that a new surge may be brought on that could see a rise in cases. Despite millions of Americans already getting vaccinated for COVID-19, more new cases following weeks after state governors, particularly Republicans, pushed to drop COVID-19 restrictions and mask mandates following a sharp drop in infections and deaths.

It also follows scenes of students on spring break contracting COVID-19 in Florida. However, the easing of restrictions are not only found in the red states as many people nationwide have expressed frustration towards not being able to see their loved ones for the holidays.

Biden urged Americans to be patient for a little longer to prevent more deaths just as the country is set to return to normal from the pandemic that has been going on since the latter part of 2019. “Now is not the time to let down.

Now is not the time to celebrate. It is time to do what we do best as a country, our jobs. Take care of one another and fight this to the finish,” said Biden. Upon leaving the White House, Biden was also pressed whether he thinks states should postpone openings and he said yes.

In other news, Biden’s young German Shepherd dog Major was involved in another biting incident this week, the White House announced Tuesday. The dog reportedly “nipped” someone while being taken on a walk, said first lady Dr. Jill Biden’s press secretary Michael LaRosa, who noted that Major is still adjusting to his new environment. The individual that was affected was already seen by the White House Medical Unit as a cautionary measure and resumed work without injury.

Major was last seen by the press on a walk around the South Lawn before Biden and Dr. Biden visited the Vietnam Veterans’ Memorial. Major had only just returned to the White House last week along with Champ.