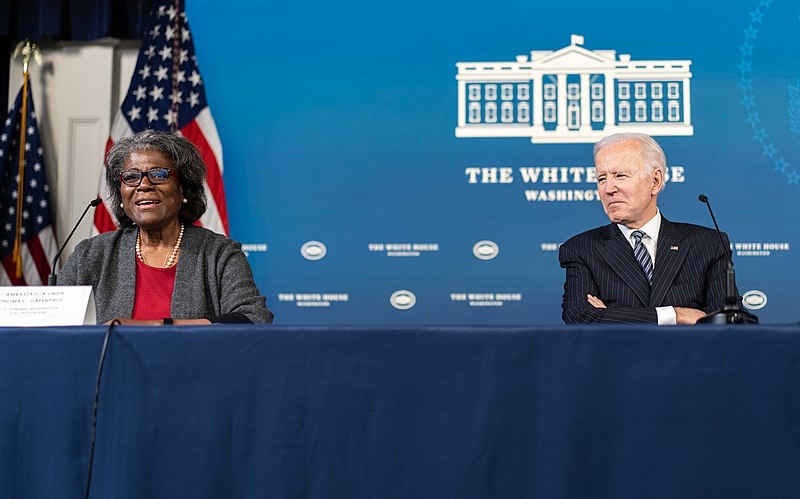 US President Joe Biden is in the midst of appointing people to become his ambassadors to countries all over the world. Biden is reportedly considering appointing Caroline Kennedy to serve as an ambassador.

According to the Associated Press, Biden is said to be considering tapping Ms. Kennedy, the daughter of late President John F. Kennedy, for an ambassador post. Caroline Kennedy previously served in the Obama administration as the US ambassador to Japan during Obama and Biden’s second terms as president and vice president. Ms. Kennedy is also among the prominent Democratic figures who endorsed Biden during the 2020 DNC.

White House Press Secretary Jen Psaki was questioned regarding the ambassadorial nominations. Psaki told the press that the announcements on ambassador nominations will be “coming soon.”

In other news, Biden told the press over the weekend that he plans to press Russian President Vladimir Putin on human rights when the two leaders are set to meet at a summit in June. Biden gave a speech commemorating Memorial Day, noting his upcoming meeting with Putin in Geneva a little after the G7 Summit in the UK.

“I’m meeting with President Putin in a couple weeks in Geneva, making it clear we will not stand by and let him abuse human rights,” said Biden. During his remarks, the US leader also said that it was a good time to show the world, especially China, that the US is ready to lead the world again after four years of Donald Trump’s “America First” policy.

The White House confirmed that Biden intends to push through with the summit following the latest cyberattack flagged by Microsoft. The cyberattack on US government agencies that was flagged was by Nobellium, the group responsible for the SolarWinds hack that came from Russia.