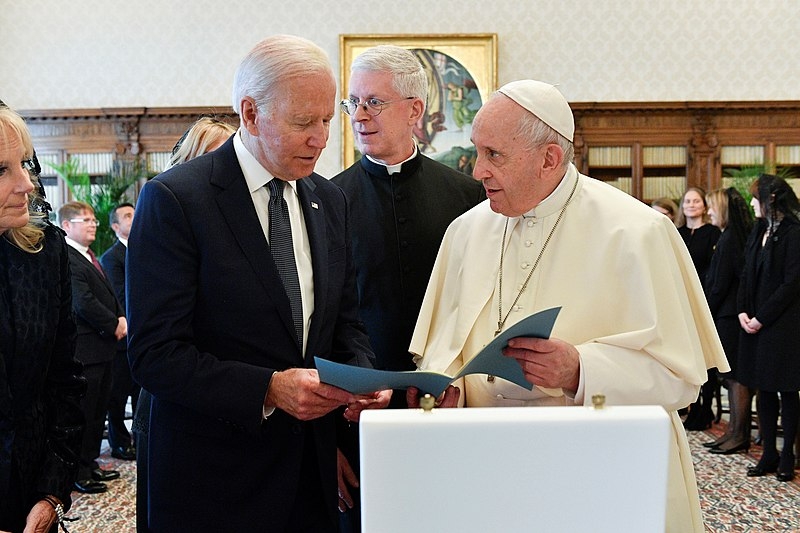 Biden shared what happened during his meeting with Pope Francis to reporters Sunday. Biden met with the pope Friday, ahead of the G20 summit, in a meeting that lasted 90 minutes. This marks Biden’s third time meeting the pope, but his first as the US president.

“This is a man who has great empathy. He is a man who understands that part of his Christianity is to reach out and to forgive,” shared Biden, who is the second Catholic US president after John F. Kennedy. “And so, I just find my relationship with him one that I personally take great solace in. He is a really, truly genuine, decent man.”

The US leader also shared that the pope called him a “good Catholic” and that he should continue receiving communion. The Vatican’s stance contrasts with that of the American bishops, who have considered refusing Biden and other politicians communion due to their stance on abortion. The pope has also warned against such actions by the bishops.

Biden previously met with the pope twice during his vice presidency. The White House said that the two leaders discussed topics such as climate change and COVID-19. Biden also said that he told the pope a lot of personal things during their meeting. The US leader also recalled the time the pope visited the US in 2015, shortly after the death of his son, Beau Biden.

In other related news, Reuters reports Biden looked to assure his foreign counterparts during the COP26 climate conference that the US will keep its promise to reduce carbon emissions in half by the end of the decade. Despite the US leader’s pledge to cut down greenhouse gas emissions in half, the legislative agenda that would tackle climate change hangs in the balance in Congress, especially in the evenly divided US Senate.

“We’ll demonstrate to the world that the United States is not only back at the table but hopefully leading by the power of our example,” said Biden in his remarks. “I know it hasn’t been the case, and that’s why my administration is working overtime to show that our climate commitment is action, not words.”