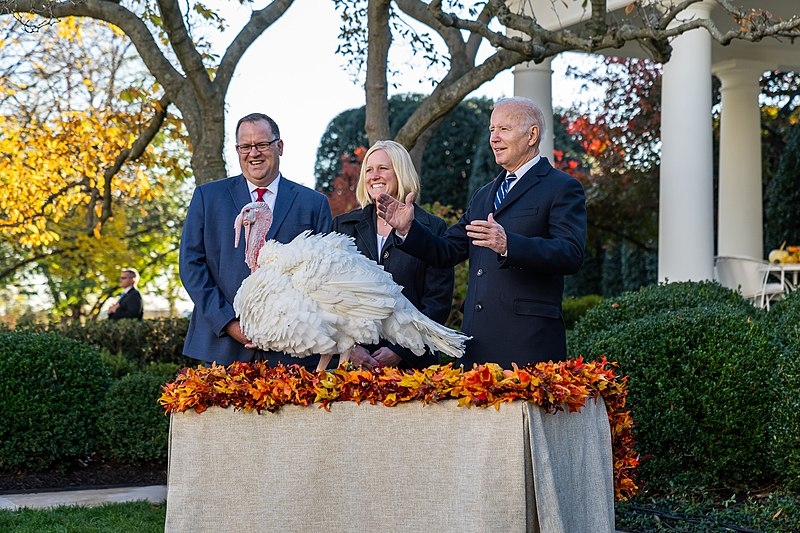 US President Joe Biden continued another White House event that has become a tradition with the country’s presidents during the Thanksgiving season. Biden used his presidential powers for the first time to pardon two turkeys ahead of the holiday.

In a more light-hearted White House event last week, Biden took part in the annual White House turkey pardon, as has been a tradition amongst presidents but has not consistently been done over the years. The ceremony took place at the White House Rose Garden, with the turkeys named Peanut Butter and Jelly being granted a pardon, saving them from becoming the staple main course of the Thanksgiving holiday.

“Eventually, Peanut Butter and Jelly were selected based on their temperament, appearance, and I suspect, vaccination status,” Biden said as one of his many jokes during the ceremony. “Yes, instead of getting basted, these two turkeys are getting boosted.”

During his speech, Biden also acknowledged the ongoing pandemic and the return to Thanksgiving traditions with loved ones. The US leader thanked the frontline workers and scientists who developed and administered the millions of doses of COVID-19 vaccines that are available today. Biden also thanked the essential workers, faith leaders, and workers.

Following the ceremony, the two turkeys will be brought back to the Purdue University Animal Sciences Education and Research Farm.

Turkey pardons are rumored to go way back to the days of Abraham Lincoln. The first documented turkey pardon was with John F. Kennedy in 1963. Both Richard Nixon and Gerald Ford did not take part in the turkey pardons during their years in office. The tradition has since been revived by George H.W. Bush in 1989 and has continued to this day.

In other related news, Biden is still in his first year as US President, but according to the Washington Post, the US leader has already informed his allies that he intends to run for another term in the 2024 elections. This comes as many have already turned their attention to the 2022 midterm elections and the 2024 races when Biden is set to end his presidency.

“The only thing I’ve heard him say is he’s planning on running again. And I’m glad he is,” said former Democratic Connecticut Senator Chris Dodd.