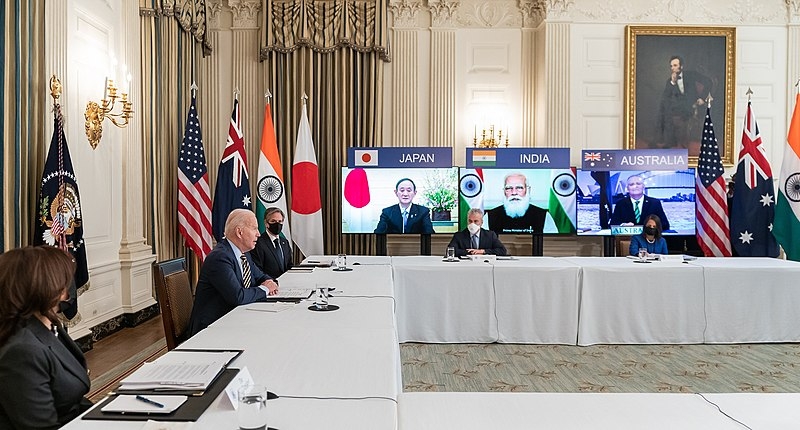 President Joe Biden is opting to take a diplomatic approach when it comes to dealing with countries like China and North Korea. As two of Biden’s key Cabinet members meet up with their counterparts in Japan this week, North Korean leader Kim Jong Un’s sister Kim Yo Jong has some words for Biden and the US.

North Korean state media reported Tuesday that Kim Yo Jong, the sister, and adviser to Kim Jong Un, warned Biden against making any decisions that could potentially spark trouble between the US and North Korea

Despite not mentioning Biden by name, Kim’s warning was the first explicit reference to the new administration in the US over four months since Biden won the elections in November 2020. Kim’s warning also comes as the US and South Korea carried out joint military exercises last week.

Kim’s statement, through the Pyongyang Rodong Sinmun news outlet, had “a word of advice to the new administration of the United States that is struggling to spread the smell of gunpowder on our land,” said the adviser to the North Korean leader. “If you wish to sleep well for the next four years, it would be better not to create work from the start that will make you lose sleep.”

Talks between the leaders of both North and South Korea have become a standstill, especially after the Hanoi Summit in 2019. At the time, then-president Donald Trump and Kim Jong Un failed to reach an agreement which only led to more tensions between the two Koreas.

As with Biden’s stance on Iran, it has gained praise from former White House adviser and Trump’s son-in-law Jared Kushner. Mr. Kushner wrote an op-ed piece for the Wall Street Journal, commending Biden for his approach to Iran. Kushner noted that Biden’s refusal to lift sanctions on Iran unless the Islamic nation decides to comply with the terms of the nuclear agreement was a “smart diplomatic move.”

“The Biden administration called Iran’s bluff. It revealed to the Europeans that the JCPOA is dead and only a new framework can bring stability for the future,” wrote the former White House advisor, citing the criticism against Biden for his willingness to work with Europe and rejoining the nuclear agreement.