Joe Biden grants temporary protected status to Venezuelans in the US 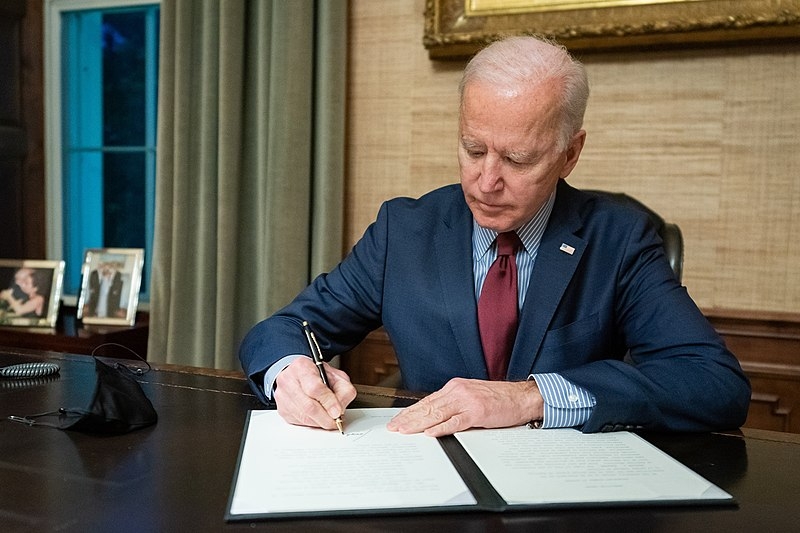 With the sweeping COVID-19 relief package expected to be signed this week, President Joe Biden appears to deliver on his campaign promises so far. Biden has delivered on another campaign promise this week as his administration has announced granting TPS to Venezuelan nationals seeking refuge.

The Biden administration announced Monday that Venezuelan nationals in the US would be granted temporary protected status, seeking refuge from the crisis caused by the administration of Nicolas Maduro. The TPS would allow Venezuelans to live and work legally in the United States, with the protection lasting for 18 months until 2022. This announcement also comes after years of both Democrats and Florida Republicans pushing to grant TPS to Venezuelan exiles. Former President Donald Trump declined to grant TPS resulting in deportation.

Venezuelans that are already in the US must apply in a 180-day registration period. They would also be required to meet certain criteria that would make them eligible for a TPS and be shielded from deportation. Aside from the US, Colombia has also granted temporary legal status to over one million Venezuelans.

The move was commended by lawmakers from both sides. “In standing with the Venezuelan people, we are striking a blow to the Maduro regime, which has for years deprived its own citizens of education, healthcare, basic freedoms, and even food,” said Democratic New Jersey Senator Bob Menendez in a video statement. “And we are sending a powerful signal to allies and competitors that the United States is once again committed to the cause of democracy.”

In other related news, Biden is expected to travel around the country to convince Americans of his COVID-19 relief proposal. People familiar with the matter revealed that Biden will be noting where the bill’s effects would be most felt. Prior to traveling, Biden is set to make a primetime address to the public on Thursday, commemorating one year since the lockdowns were implemented. Biden is also set to hold his first formal news conference to further advance his agenda.

By next month, Biden may speak to a joint session of Congress to detail what he plans to do next. The White House has said it is still under development but may include infrastructure.