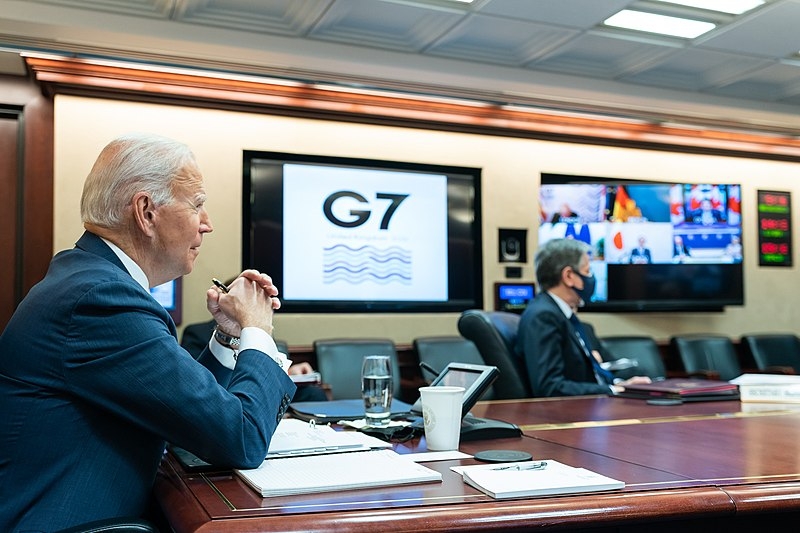 President Joe Biden previously pledged to hold China accountable on issues such as the repression of Uyghur Muslims in Xinjiang and trade practices. The administration announced this week that it plans to consider taking action in the trade aspect through carbon border taxes.

The Biden administration announced Monday it intends to consider implementing carbon border adjustment taxes in order to tackle climate change through trade while also as a measure to combat China’s forced labor practices targeted towards Uyghur Muslims in the Xinjiang region. This is in part of the unveiling of the administration’s agenda towards trade, and the US Trade Representative’s Office said that the carbon border adjustment taxes would be made up of import fees brought on by carbon-taxing countries on goods produced by non-carbon-taxing countries.

The report by the USTR noted that the Biden administration made addressing the human rights abuses by China towards Uyghur Muslims in Xinjiang a top priority. The report highlighted that the United States would be engaging with its allies in order to combat the forced labor programs. The sentiments by the USTR have since been echoed by Biden’s Trade Representative nominee Katherine Tai during her Senate hearing last week before the Senate Finance Committee. Tai pledged to hold China to its previous commitments, saying that the tariffs that would be imposed are “a legitimate tool” in the trade toolbox of the US.

China has denied the allegations of human rights abuses, saying that the camps in Xinjiang provide vocational training which could fight and prevent any extremism.

“We certainly believe that every woman coming forward, Charlotte, Lindsey, should be treated with respect and dignity and be able to tell their story,” said White House Press Secretary Jen Psaki during a news conference, citing the two employees who have come forward, Charlotte Bennett and Lindsey Boylan. “And we will leave that process to the attorney general to make a determination on the path forward.”