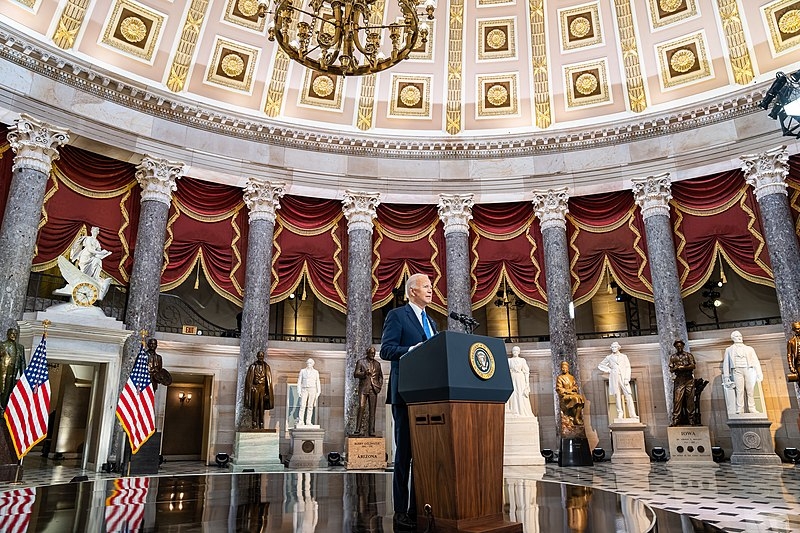 The latest weekend saw a hostage situation take place in a synagogue in Texas. US President Joe Biden condemned the incident while thanking law enforcement and speaking against antisemitism.

Biden released a statement through the White House, thanking the law enforcement officials who responded to the hostage situation. The culprit took four people hostage in the synagogue for more than 10 hours. The hostages were later released, and the person responsible was arrested by the authorities.

“Thanks to the courageous work of state, local, and federal law enforcement, four Americans who were held hostage at a Texas synagogue will soon be home with their families. I am grateful to the tireless work of law enforcement at all levels who acted cooperatively and fearlessly to rescue the hostages. We are sending love and strength to the members of the Congregation Beth Israel, Coleyville, and the Jewish community,” said Biden in the statement.

The US leader also made it clear the importance of standing against antisemitism and the rise of extremism in the country.

In other related news, Biden has once again called Congress to pass the voting rights bills in his remarks honoring Dr. Martin Luther King Jr. Day. Both voting rights bills are up for debate in the Senate Tuesday with a possible vote later in the week. However, it appears unlikely to pass due to the Senate filibuster, along with unanimous opposition from Senate Republicans.

“In his time, through his courage, his conviction, and his commitment, Dr. King held up a mirror to America and forced us to answer the question, where do we stand? Whose side are we on?” Biden went on to say. “We’re in another moment right now where the mirror is being held up to America.”