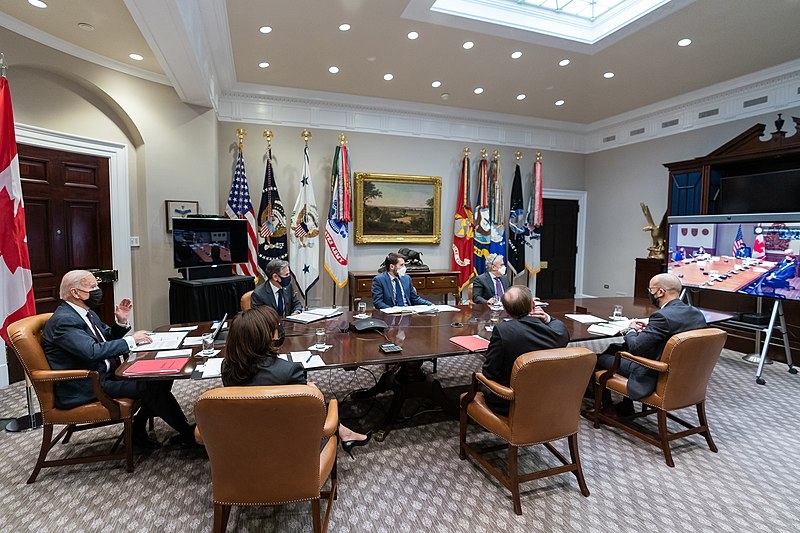 Eastern European countries have grown increasingly concerned with the situation in Ukraine due to the growing presence of the Russian military. With President Joe Biden joining the eastern European nations in their NATO conference this week, Romanian President Klaus Iohannis said that more NATO troops are needed on the eastern flank.

Biden joined the summit through video this week along with other NATO-member presidents of the region, including the organization’s secretary-general Jens Stoltenberg. Iohannis said to Biden that more NATO troops are needed at the eastern flank due to the recent actions by Russia that have their fellow leaders seeing it as a threat. Iohannis and Polish President Andrzej Duda praised Biden’s presence in the conference as a sign of firm US support.

Iohannis said that recent Russian activities have signaled that other nations must be “vigilant.” “Therefore, NATO must continue to strengthen its position of deterrence and defense, especially on the eastern flank, in a unified and coherent manner, from the Baltic Sea to the Black Sea,” said the Romanian leader. “I pleaded -- including in the discussion with President Biden, for an increase in the allied military presence, including of the US, in Romania, and in the south of the eastern flank.”

Duda and Iohannis met in person as hosts for the regional meeting. Duda said that Biden’s attendance at the meeting signaled strong Euro-Atlantic ties that remain. In Washington, White House Press Secretary Jen Psaki said that during the conference, Biden reaffirmed his commitment to re-engaging the US with its allies along with seeking to cooperate with the other nine countries during the summit on many issues. Psaki added that Biden voiced his support for enhancing NATO’s deterrence and defense posture.

In other news, Biden urged companies and employers Monday to increase their pay for their employees as he explained the administration’s plans following a low jobs report back in April. Biden said that he plans to have more COVID-19 relief funds that were included in the plan as businesses that are reopening look to hire more employees.

The federal government will be allowing state and local governments to apply for a part of the $350 billion relief pool while pushing for a more streamlined distribution of funds to child care centers and sending grants to 16,000 bars and restaurants that are still struggling in the midst of the pandemic.