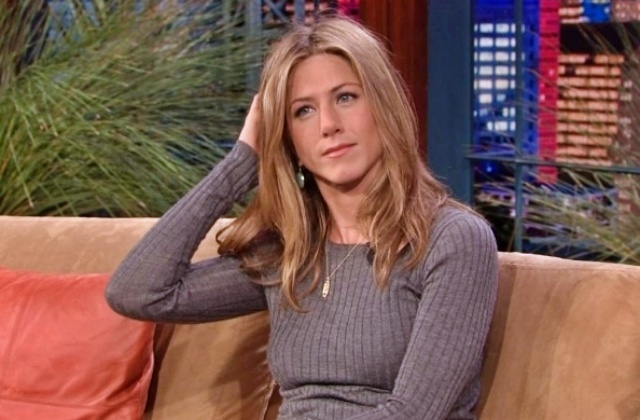 Jennifer Aniston and Brad Pitt are one of the most well-known couples in Hollywood. In fact, they were dubbed the “Golden Couple” when they were still together. But unfortunately, their romance ended in 2005 with a divorce.

The two good married in 2000 after a few years of dating. Fans rejoiced as they finally tied the knot, but their marriage only lasted after five years, and although they don’t admit it, many believe that the case of their split was Angelina Jolie, who Brad Pitt later married.

While it has been so long since Jennifer Aniston and Brad parted ways, it was recently reported in a magazine that the “Friends” star is still hurting over the end of her romance with her first husband.

Fans feel heartbroken as well because they have been rooting for Jen and Brad for years. Even after the two of them went through their respective second divorce, they all want them to be back together again. However, Brad has been constantly linked to women and reported having a new girlfriend, Nicole Poturalski, which further broke Jen’s heart.

Jen is allegedly faking her smile

The Woman magazine alleged that Jennifer Aniston is only putting on a brave facade when in public, but in truth, she has been struggling inside. It was said that the actress has yet to come to terms with the fact her ex-husband is in a new relationship again when they have just reconnected after a long while.

It was added that even during the “Fast Times at Ridgemont High” table read where the fans saw them on one screen together and had to read “flirty” lines for the first time in years, Jennifer Aniston was said to be sad although she was laughing with Brad at some points.

“Even after Brad and Jen started speaking regularly again, they still had some very heavy and intense conversations before wiping the slate clean and setting new boundaries for their friendship,” the insider told Woman. “There’s still that elephant in the room over whether or not they’ll end up together again.”

Revealing the truth - Is Jennifer Aniston still heartbroken over Brad?

While it is true that Jennifer Aniston and Brad Pitt have been more amicable these days as shown in their reunions during the SAG awards last year and the recent “Fast Times” table read, the former husband and wife never expressed their intentions to romantically reconcile. They have moved on from their split a long time ago, and they are both happy as singles today.

Jennifer Aniston also directly confirmed already that she is not getting back with Brad Pitt, and she finds the rumors about her and her ex-husband ridiculous. Thus, this only means that the report from Woman is false.

“For the most part I can sit back and laugh at the ridiculous headlines because they have gotten more and more absurd,” she told In Style when asked when she is reconciling with Brad. “I guess they’re feeding into some sort of need the public has, but I focus on my work, my friends, my animals, and how we can make the world a better place. That other stuff is junk food that needs to go back in its drawer.”