Jennifer Aniston planning to bare her soul to the public? ‘Friends’ actress reportedly going for a tell-all interview 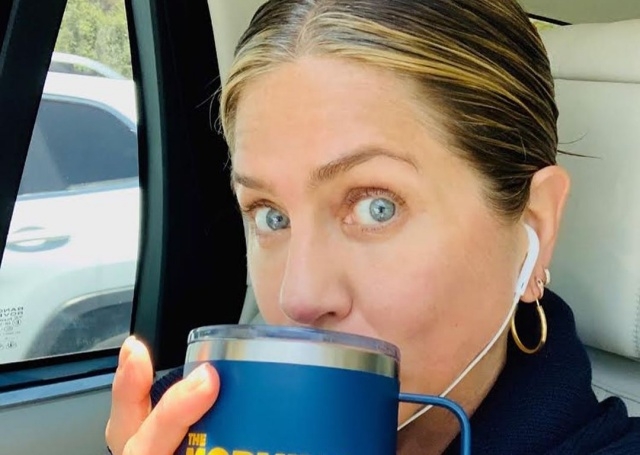 Jennifer Aniston is one of the most popular celebrities in Hollywood. With her fame, part of her life is already exposed to the public, especially her divorce from Brad Pitt and Justin Theroux.

Baring her soul to the public

Now it was alleged that Jennifer Aniston is further revealing about her life, and she will not leave anything unturned through a tell-all interview. OK! Magazine reported that the “Friends” star has been preparing to let out all her secrets and in-depth details about her relationships and divorces.

An article titled "Jen Finally Talks” was published on the said magazine, and the 51-year-old actress’ headline story appeared on the cover. A source allegedly told the publication that Jen already told her friends that she is preparing herself for an interview that the “world has been waiting for.” The unnamed tipster further divulged the supposed reason for the actress’ decision.

“Jen has a lot to gain from this interview,” the source told the paper. “She hopes to set the record straight about everything that’s gone on in her life and show the public who she really is.”

In the interview, Jennifer Aniston will confirm that she thought about getting back with Brad Pitt and give him another chance, but in the end, she just decided to be friends with him. Another juicy story that will surely gain attention from the alleged soul-baring interview is the real reason why she and Justin Theroux broke up. She will answer questions as to why their marriage crumbled.

This controversial claim about Jennifer Aniston’s tell-all interview doesn’t sound right, and after some checking, Gossip Cop confirmed it is a false story. The fact-checking site was also able to speak to the actress’ rep and was told that there is no plan about a memoir or a tell-all interview.

Jen’s team also stressed that there has never been a plan at all in the first place. This is the second time that Gossip debunked a rumor about Jennifer Aniston’s decision to reveal her life story. Last time, she was said to be writing a tell-all book, a memoir that will bare her life, love, and struggles but this too turned out to be a fabricated narrative.

The bottom line is that she is interested in making her life public. Her secrets will stay with her forever.