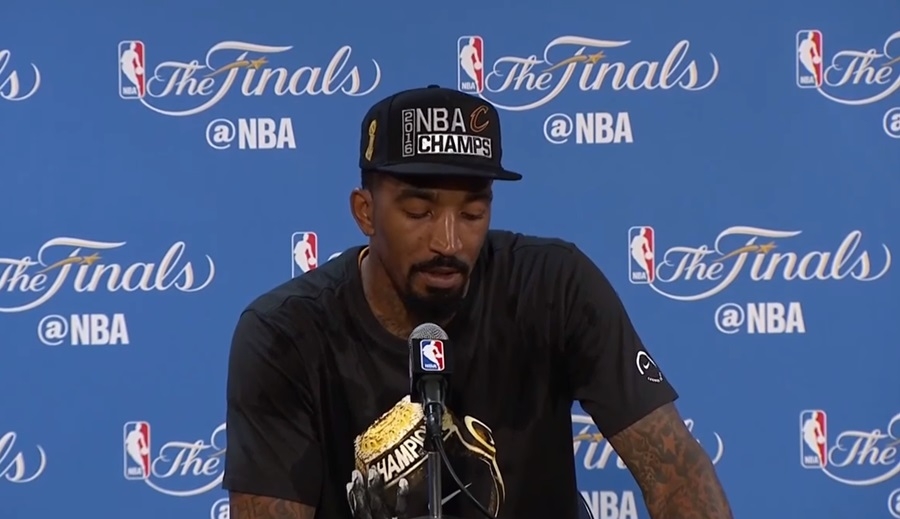 Photo via Screenshot of TheHoopDoctors/Youtube

JR Smith has now become an unrestricted free agent after the Cleveland Cavaliers opted to let him go before his contract next season could be guaranteed. The Cavs has been trying to part ways with the veteran guard for months but failed to find a team that would take him in.

After the news broke out, there have been speculations that JR Smith might be joining the Lakers due to his colorful past with LeBron James. But the Lakers expeditiously extinguished the rumors and firmly stated they aren’t interested in adding the 33-years-old to its roster.

So where is JR Smith heading next? That’s anyone’s guess at this point, and even the guard himself isn’t sure of his NBA career.

In fact, JR Smith only played 11 games last season. The decision is apparently a mutual agreement between both parties. Smith wasn’t happy with his new role with the Cavs, while the Cavs didn’t want Smith to influence their young talent.

JR Smith’s mistake may hound him for a long time

Although JR Smith was an integral piece to the Cavs historic run in 2016, he has tarnished that reputation last year after committing a mind-boggling gaffe during the first game of the 2018 Playoffs Finals. The Cavs was tied with the Warriors at the remaining seconds of the fourth when Smith rebounded the ball and proceeded to kill time.

The Warriors defeated the Cavs 124-114 at overtime that game, prompting massive criticism from both fans and analysts alike. The series ended with the Cavs getting swept. Following the blunder that would go down in history as one – if not – the biggest misplays of all time, LeBron James ended his tenure with the Cavs and joined the Lakers. While James and JR Smith may have a good relationship outside of the NBA, the same thing couldn’t be said on the court.

JR Smith still thankful about his time with the NBA

With his future in limbo, the vet said that he isn’t too worried about it as he’s still thankful with what he’s been given through the years of being in the league. JR Smith cited his family as his biggest motivation. And if his time in the NBA has indeed come to an end, then the 34-year-old said he doesn’t regret anything.

“Just stay in shape and stay ready to play basketball when I’m called. If I’m not called, I still get to be home with my family,” JR Smith said.