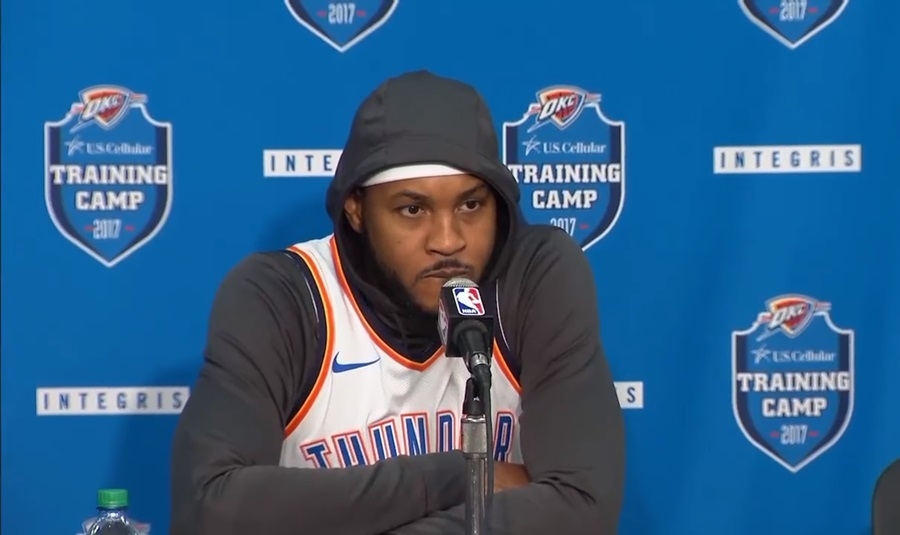 Now that the Los Angeles Lakers has lost the chance in acquiring Kawhi Leonard, the team is looking to fill its roster with role players that can assist LeBron James and Anthony Davis. And one of the names that have sprouted among the hubbub is Carmelo Anthony.

So is ‘Melo a logical addition to the Los Angeles Lakers? Judging by Chauncey Billups’ recent statement about the 35-year-old, no he isn’t.

One of the main criticisms about Carmelo Anthony is his inability to change his mindset about being a role player. And Billups recently said that this perspective still clings to ‘Melo, a statement that doesn’t bode well for the Los Angeles Lakers given their desire to win a championship next Playoffs.

Another criticism about ‘Melo is the fact that he doesn’t defend well – if at all. Now, this might be due to him feeling his age, but if Andre Iguodala is still a prime defender, then there’s no excuse for Carmelo Anthony. Which is why the former Warriors is still the best supporting player that the Los Angeles Lakers should go after.

However, NBA analyst Stephen A. Smith believes that ‘Melo still has it in him to perform well on the court, especially with James and Davis as his teammate. Despite all the criticism about ‘Melo, he’s still a dangerous offensive threat if left open. And with LeBron and AD attracting all sorts of attention, there’s certainly room for ‘Melo to work his magic for the Los Angeles Lakers. That’s doubly true since LeBron is such a skilled passer.

Another advantage for the Los Angeles Lakers is LeBron and ‘Melo’s relationship. The two are quite close off the court, and James could be the catalyst that would make the 35-year-old understand that he doesn’t need to be a closer for the team. All he needs to do his part and make sure the game goes their way. That’s it. There’s no need to score 25 or 30 points anymore, not with James and AD on the floor filling those spot. And there’s Kyle Kuzma too.

Overall, Carmelo Anthony going to the Los Angeles Lakers is a bit risky for the team, but there are definitely some advantages to it as well. Of course, all these are banking on the fact that the team is indeed interested in acquiring ‘Melo. With Kyle Korver and Iguodala still up for grabs, there’s a chance that this might not come into fruition.