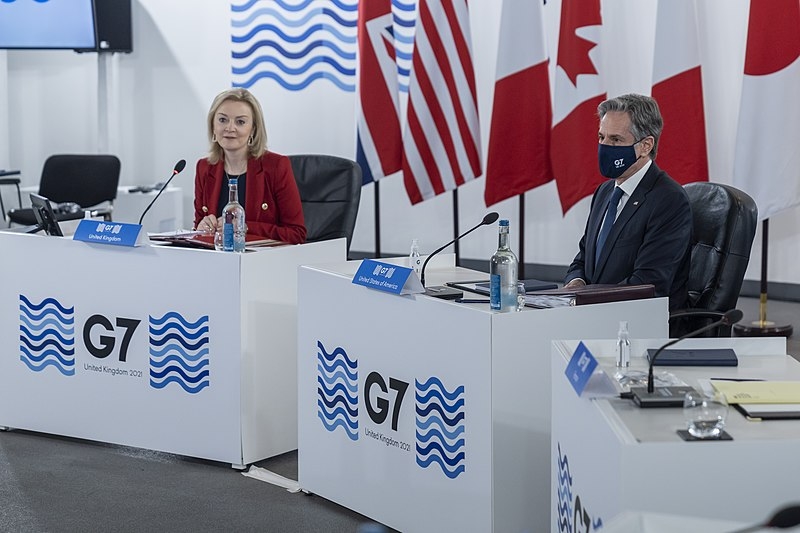 An agreement has yet to be reached regarding the nuclear deal with Iran even as talks have resumed. Over the weekend, US Secretary of State Antony Blinken met with his counterparts from the UK, Germany, and France to discuss the deal going forward.

Reuters reports that Blinken held discussions with his counterparts from the three European nations over the weekend in Liverpool, ahead of the G7 meeting. The US State Department spokesperson revealed that the discussions regarding the Iran nuclear deal were “productive” and how to move forward with the ongoing talks. Talks over the nuclear agreement resumed last week in Vienna.

“Secretary Blinken had a productive meeting with his E3 counterparts from Germany, France, and the UK in Liverpool yesterday. They discussed the JCPOA talks and our way forward,” said the spokesperson.

Iranian state media reported that President Ebrahim Raisi said Saturday that Tehran was serious in its nuclear discussions in Vienna. The recent indirect talks – done because Tehran refuses to directly engage with Washington – look to get both parties to agree on the deal. The US, under Donald Trump, withdrew from the nuclear deal in 2018.

In the original agreement, Iran limited its nuclear program in exchange for relief from sanctions imposed on the Islamic nation by the US, the United Nations, and the European Union.

Even as talks have resumed in the hopes of coming to another agreement, Iran is also moving forward with its nuclear program. While suspicions of the Islamic nation developing a nuclear bomb were what led to the agreement in 2015, Iranian international affairs expert Mostafa Khoshcheshm warned that Iran does not only have its nuclear program as leverage, saying that the Islamic nation also has its military, regional, and missile leverage.

Khoshchesm told Iranian outlet Ofegh TV that the West is aware of the leverage that Iran has and that the US has a goal to accomplish, noting that the Afghanistan withdrawal in August would leave Americans concerned that the Democratic Party would lose its majority in the upcoming 2022 elections.

“So they are looking for some trump cards, like reaching a deal with Iran, whether temporary or not, just so they can say they stopped the 60 percent enrichment,” said Khoshcheshm, who also called for the sanctions to be lifted or the nuclear deal will fall through.