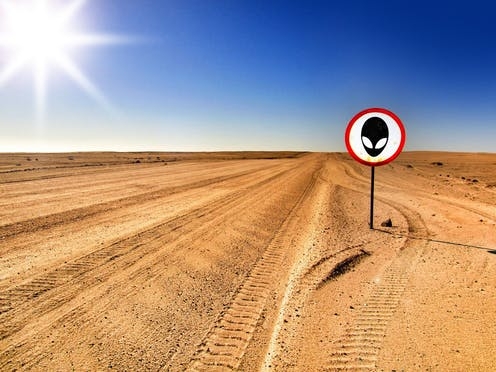 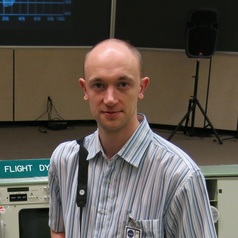 Millions of people have signed up to a tongue-in-cheek Facebook event to storm the US military base “Area 51” on 20 September to discover whether aliens are inside. While the organisers said it was a joke, the US military wasn’t amused, responding it would “discourage anyone from trying to enter the area”.

It’s no wonder. Despite the humorous nature of the event (there are some amusing comments on the page), there will be those who take this seriously and could get themselves arrested or injured. So to help further discourage anyone who is seriously pondering whether there are aliens hidden in the base, let’s take a look at the chances that there could be, according to science.

Area 51 is a military training range at Groom Lake, Nevada, and for decades has been at the centre of a conspiracy theory that the US government is hiding evidence of extraterrestrials visiting the Earth. 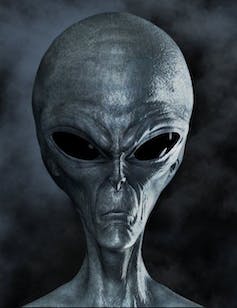 The idea that aliens exist has been around as long as people have understood that the Earth is not the centre of the universe. As a child I remember reading “real life stories” of people claiming they had been abducted by aliens, and my main question was, “why are nearly all these abductees American?” While it is highly likely that something traumatic happened to these claimants, there is absolutely no evidence of any of them being abducted by extraterrestrial beings.

Instead, the popularity of UFO sightings, space missions and sci-fi TV shows likely contributed to the rise in such claims in the 1960s, before they started declining in the late 1990s. That said, the odd entertaining story to do with aliens does still appear today.

The idea of Area 51 storing an alien vessel has its roots in Roswell, New Mexico. In 1947, a farmer there found unidentified material in his fields. The US military claimed this to be from a weather balloon, although many years later admitted that this was actually from a top secret military project to detect sound waves from an atomic blast.

Only a few years later, the then-secret Area 51 began testing its first spy planes. Local residents noticed these high altitude flyovers and attributed them to UFOs. Then in 1989, a man called Robert Lazar claimed that he worked on alien technology at Area 51, which is at the heart of the modern conspiracy theory. It should be noted that, although Lazar claims to have a Masters degree in physics, his stated institutions do not list him as a former student. This latest Facebook event comes only six months after the release of a Netflix documentary about Lazar. 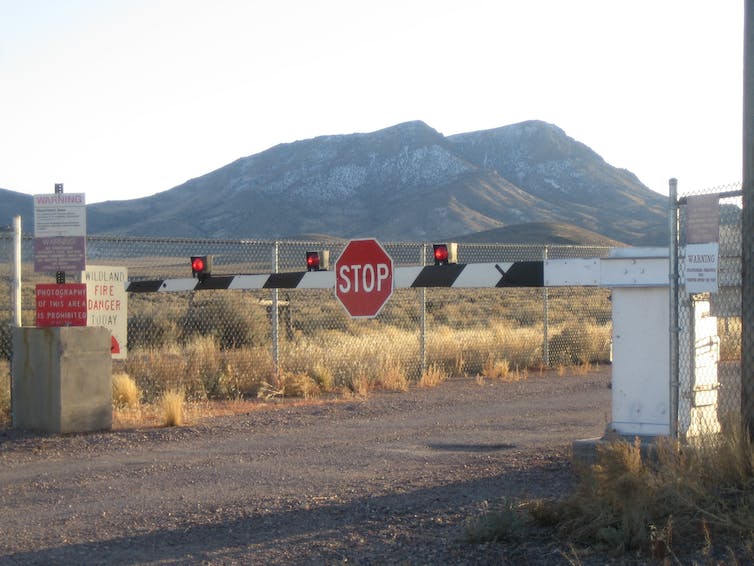 Like those of other prominent conspiracy theorists, Lazar’s statements have led to an enduring false belief that has the potential to cause harm. As such theories go, this is at least more probable than the idea of the Earth being flat, lizards wearing people suits to take government positions, or space pirates.

So what are the chances of alien life being present elsewhere in the universe? And how likely is it that they could visit us here? Most scientists agree that, given the vast size of the universe, there must be other life out there somewhere.

When astro-biologists look for signs of life in the solar system, they are looking for the traces left behind by basic organisms. Methane could be one such trace, which explains the excitement over the detection of methane plumes on Mars. If emitted regularly, methane could indicate carbon-based microbial life.

When assessing the chances that we will encounter advanced aliens, the most common approach is the Drake equation. Presented in 1961, it provides an estimate of the number of technologically advanced civilisations we could communicate with in our galaxy. The equation relies on seven variables multiplied together.

One of these – the average rate of star formation in our galaxy – can be estimated reasonably well. Another – the fraction of stars with planetary systems – we are working on. However, the five other variables, which include the average number of planets that can support life per star, the proportion of planets where life can become a civilisation and the fraction of civilisations that have the technology to transit the universe are all completely unknown.

Attempting to estimate any of these is in fact impossible, as we know of no other planets with life on that we can compare to our own. Do we only consider Earth-like planets, or do we also consider planets where silicon-based life (rather than our carbon-based) could thrive?

Investigators have come up with answers to the Drake equation, ranging from us being alone in the universe to there being several thousand other civilisations out there. However, the lack of knowledge about the parameters makes the equation pretty useless at present, in my opinion.

Searches for advanced extra-terrestrial life have mainly focused on looking for noise in radio or microwave signals which could indicate transmitted messages. These longer wavelengths of light are dispersed less when passing through interstellar gas and dust than visible or infrared light would be. So they are a good medium for transmitting such messages. But, to date, we haven’t found any.

Scientists are also considering using active radio telescopes for sending messages to space, something the late physicist Stephen Hawking stated could be dangerous as alien civilisations may respond with hostility.

But while we can’t rule out other life in the universe, it is virtually impossible that there could be alien visitors already on Earth. For them to visit us, they would have to detect us first. And we can assume that they would do this in the same way that we are looking for them, using radio noise.

As a planet, we have only been emitting man-made radio waves for the last 100 years. As radio waves travel at the speed of light, only aliens within 100 light years of us could even know we are here. Considering the diameter of the Milky Way is 105,000 light years, we haven’t even begun to be detectable to most of our local galaxy, let alone the universe.

Ultimately the idea of storming Area 51 is a foolhardy one, as there will not be anything to see except a military response. Although it is likely there are aliens out there somewhere in the universe, they definitely aren’t here on Earth.