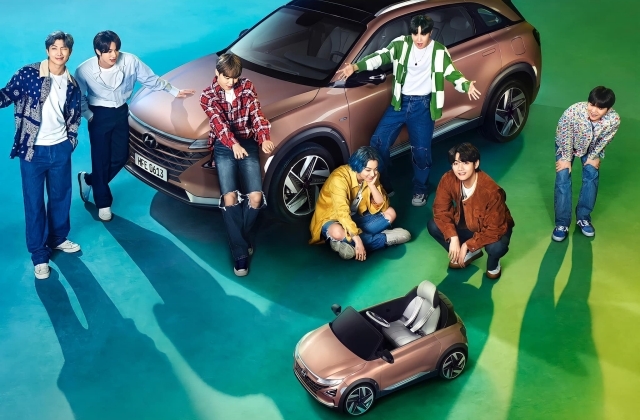 Hyundai Motor tapped BTS to help with its hydrogen campaign for a cleaner and greener environment. As part of this campaign, the South Korean automaker is releasing a documentary on World Environment Day featuring the world’s most popular boy band today.

As per The Korea Herald, Hyundai Motor already unleashed the trailer for the BTS documentary on the topic of hydrogen as sustainable fuel for the future. The value of said substance will be highlighted and, of course, will show Hyundai vehicle models using the technology.

The BTS trailer was uploaded on Hyundai Worldwide’s official YouTube channel on Thursday, June 3. The clip was also shared through the company’s social media pages, and it was titled “For Tomorrow We Won’t Wait.”

In the teaser, BTS Jungkook asked, “Hydrogen?” then leader RM said, “We need someone to save the world, but who?” He went on to answer his own question with a simple “It’s you.”

The Hyundai hydrogen campaign with BTS will be released in full on June 5. It will be a world premiere with RM narrating the story in the documentary. This is also the same day when the world marks World Environment Day that was set in 1972 by the United Nations General Assembly.

What to expect in the documentary

It was said that the BTS and Hyundai campaign is part of the “Because of You '' awareness drive that the latter kicked off with the super boy group in 2020. Those who will watch the documentary can expect to see information on the safety and sustainability of hydrogen energy.

And since it is Environment day, BTS and Hyundai will also encourage the public to take action to make the surroundings better. Rather than waiting for things to change, everyone must contribute even in their own little ways because saving the Earth will need the help of everyone on this planet.

The aim of the hydrogen campaign is to reduce carbon emissions in the world by at least 60 tons a year until 2050. Meanwhile, BTS is also promoting Hyundai Motor’s hydrogen fuel cell Nexo SUV.