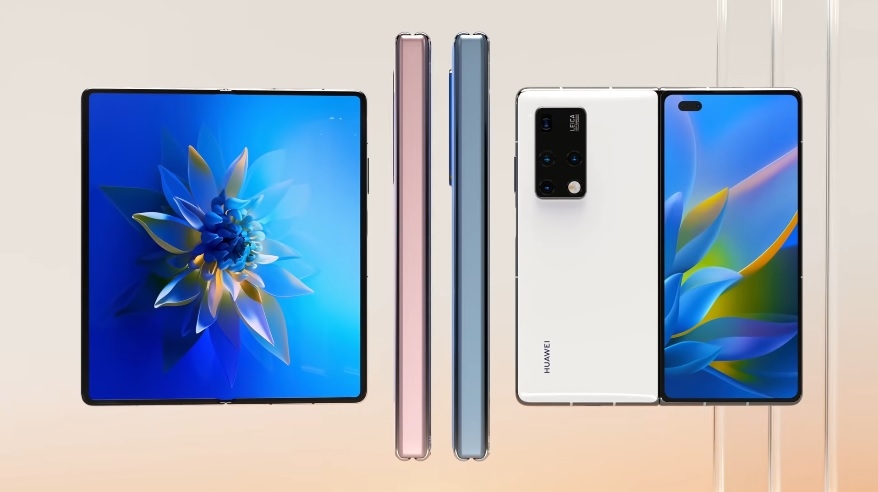 Huawei officially unveiled the Mate X2 on Monday and confirmed the previously reported design overhaul. As seen by many through online leaks, the device adopts a new form factor that gives the device a folding mechanism similar to Samsung’s Galaxy Fold. However, Huawei’s product might have one small design advantage.

Leaks and Huawei’s teasers over the last few weeks hinted that the company is adopting the new form factor that practically adds one more display in the Huawei Mate X2. The first two models of the series sported just one 8-inch OLED panel that folded outward that turns it into a 6.6-inch cover display.

This year’s entry, the Huawei Mate X2, features a regular 6.45-inch OLED display (2700 x 1160) and an 8-inch foldable panel (2480 x 2200) that both have a 90Hz refresh rate. Unlike Samsung’s folding smartphone, the Mate X2’s bigger screen does not have anything that will obstruct the view. The 16MP selfie camera is placed through a camera hole on the smaller cover display.

It can be recalled that the first Galaxy Fold had a large cutout on the upper right corner of the foldable screen. Samsung improved the design, albeit not eliminating it, by replacing it with a single-lens camera hole on the Galaxy Z Fold 2.

Galaxy Fold 2’s design might have not given users an unobstructed view of its bigger screen, but it still comes in handy during video conference calls. Users were able to maximize the bigger display to see the people in a group call. And with many meetings happening online now, not having a camera on Huawei Mate X2’s foldable display is one thing to consider for potential buyers.

The camera specs are some of the biggest improvements in the Huawei Mate X2. Aside from a dedicated selfie camera, the device features a Leica-supported rear-facing quad camera. It is composed of 50MP wide, 12MP telephoto, 8MP periscope telephoto (with 10x optical zoom), and 16MP ultrawide lenses.