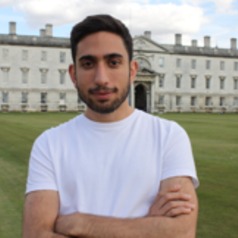 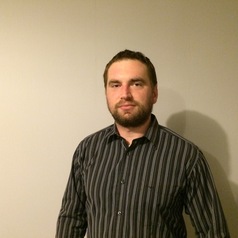 The International Monetary Fund (IMF) provides financial assistance to countries in economic trouble. But its policy proposals don’t always yield positive results for the countries it purports to help. For instance, critics have argued that the IMF inhibits government spending on public health and diverts resources from the health sector to repay external debt.

We set out to examine how IMF policy reforms affect government health systems in West Africa.

IMF policies have real consequences for real people. Our research showed that in West Africa the IMF has exerted a unique influence on the evolution of health systems in a number of countries. Among them are Benin, Burkina Faso, Cote d'Ivoire, Gambia, Ghana, Guinea-Bissau, Liberia, Mali, Niger, Nigeria, Senegal, Sierra Leone and Togo. These 13 countries have a combined population of more than 330 million.

It has done so through its trademark practice of “conditionality”. In exchange for loans, the IMF requires governments to adopt policies that prioritise short-term economic objectives over, for example, long-term investment in health systems.

West African health systems were weak thanks to legacies of conflict and weak state capacity even before the IMF got involved. Sadly, the policy reforms demanded by the IMF over the past two decades in exchange for loans have undermined the ability of national governments to repair their historical problems. In the process, hundreds of millions of lives have been affected.

Specifically, the IMF’s fiscal targets prompt reductions in health investment. Wage and personnel caps, for example, limit the ability of clinics and hospitals to employ more doctors and nurses. The IMF also encourages decentralisation of health services to make them responsive to local needs, which in practice can hamper the delivery of adequate health care.

Our research contributes to decades-old debates about the harmful effects of the IMF’s lending programmes on the development of public health systems. It shows that these concerns still hold today. The research also suggests that the IMF’s self-proclaimed prioritisation of health in recent years has been largely cosmetic.

We searched archival material to conduct our research. This included IMF staff reports, government policy memoranda and correspondence between the IMF and national governments.

West African countries have consistently lagged behind most other regions in the world when it comes to health system capacity. The region is home to nine of the lowest 20 ranked countries on the UN’s Human Development Index.

Infant mortality rates are also among the highest worldwide, with a regional average of 57.8 deaths per 1,000 live births in 2015. Public health spending also remains woefully inadequate at 2.4% of GDP for 2014 for the region.

Many attempts have been made to explain West Africa’s inadequate health systems. These include domestic factors, like legacies of conflict and weak state capacity. The failings of key intergovernmental organisations like the World Health Organisation (WHO) have also been blamed.

There’s no doubt that West African health systems were broken before IMF conditionality. But in the last 20 years, it is the IMF that has set the fiscal and institutional parameters within which health policies can develop. These did not repair the problems that already existed. They may even have exacerbated some.

The IMF’s presence in West Africa has been a source of controversy among public health practitioners since the Ebola crisis of 2014. The IMF was found to have contributed to the failure of health systems to develop, exacerbating the Ebola crisis.

Its critics complain that the IMF is responsible for designing inappropriate or dogmatic policies that undermine the development of health systems. But the organisation has argued that its reforms actually bolster health policy.

Our research suggests that this is not the case. The IMF’s policy reforms are actually hampering the development of West Africa’s health systems.

First, macroeconomic targets set by the IMF reduced fiscal space for health investment. The IMF has promoted social protection policies as part of its lending programmes. But these have been inadequately incorporated into programme design.

For example in 2005, when Malian government expenditure on health reached 3.0% of GDP, IMF staff encouraged authorities to reduce spending. They were concerned that “financing substantial increases of education and health sector wages … might eventually prove unsustainable”. In Benin, authorities cut spending on health in 2005 to “ensure achievement of the main fiscal objectives” of the IMF.

Second, conditions stipulating wage and personnel caps limited staff expansion of doctors and nurses. An example is a series of IMF conditions aimed at reducing Ghana’s public sector wage bill in 2005. The Ghanaian Minister of Finance wrote to the IMF that “at the current level of remuneration, the civil service is losing highly productive employees, particularly in the health sector”. Wage ceilings remained until late 2006, and the number of physicians in Ghana halved.

How can the role of the IMF in influencing health policy in West Africa be explained? The organisation has long been regarded as a tool of the Western economic powers, primarily the US and Europe. The former imperial powers continue to use the IMF to promote a neoliberal agenda across the world.

As part of this neocolonial mission, the IMF has re-engineered the economic and political dimensions of sub-Saharan African countries via intrusive conditions. West Africa stands out as the region that had to implement a large share of such reforms over the past 20 years.

A country that receives an IMF loan typically experiences economic troubles. But even under constraining economic conditions, policy options remain. The question is who gets to define these policy options: the countries themselves, following domestic political processes, or the IMF?

The IMF has deprived West African nations of the policy space to adapt to local exigencies, undermining the delivery of effective health systems. Yet, domestic governments are equipped with local knowledge and are better informed on how crises are unfolding on the ground.

The IMF is headquartered in Washington DC. It is largely staffed with Anglo-Saxon economists who are tasked with leading responses to unfamiliar environments in faraway places. It is unsurprising that the organisation’s responses are so out of touch.