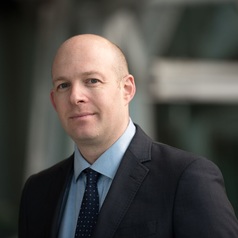 Donald Trump is now the Republican nominee for president of the United States and millions of people are asking: “How could this happen?”

There is no single answer to this question, but there are some explanations. For while the nomination of a reality-TV star and businessman with no executive experience is unprecedented, the economic, social and party-political conditions that have made a Trump candidacy viable are certainly not.

The rise of Trump is explicable when we consider three factors. First, the living standards of America’s middle and working classes have been declining in real terms for many years. This has fuelled a second factor, namely economic and social fears about the impact of immigration on the prospects and safety of “real” Americans. And third, the Republican Party has been unable to control these anxieties or at least convince voters that the policies its preferred candidates are offering are the best available solutions to their problems.

In this respect, the “Grand Old Party” is finally reaping what it has long been sowing. Twenty years of bashing minorities on Fox News, coupled with 35 years of support for “trickle-down” economics, has drawn voters to a populist candidate who marries economic nationalism with racist nativism.

All of this has happened before, on several occasions. Let’s start with the economic woes of millions of Americans. We are familiar with the problem of the growing army of poor and working poor Americans. The struggles of the middle classes have also been noted, if not addressed, by President Barack Obama.

Since the global financial crisis, everyday Americans have paid the price for the debts of the finance industry. While the US Treasury has paid off the self-incurred losses of the surviving mega-banks, these banks have driven up the price of commodities through speculation, devastating regional economies and denuding state and local governments of vital revenue.

In the face of this crisis, right-wing administrations have sought to deflate costs by driving down public-sector wages. Once the manufacturing powerhouse of the global economy, the United States is now hollowed out, in debt and failing to provide prosperity and hope to millions of its citizens. It has become what American writer Ross Perlin has termed an “Intern Nation”, requiring legions of graduates to labour without pay or purpose, just to qualify for the privilege of work.

These economic conditions have been widely compared with those of the Gilded Age, the period between the American Civil War and 1900 that is remembered as a time when capitalist “robber barons” dominated the economy and politics. Before the civil war, the richest third of citizens held more than half the nation’s wealth. Just a generation later, this same portion of wealth had been concentrated into the hands of the barons, the richest 1%. This distortion of wealth and opportunity essentially remained until the post-war boom of the 1950s.

The distribution of wealth in the US today has returned to historical extremes. This is the direct result of tax cuts for wealthy individuals and corporations. Corporate and top-tier personal income taxes fell steadily between around 1960 and the early 1980s, while payroll taxes increased just as steadily.

Such a monumental transfer of wealth would not have been possible had business not colonised regulatory agencies. Yet while plutocrats shared control of such agencies in the “Roaring Twenties”, Goldman Sachs dominates regulatory bodies today: the US Treasury, the New York Federal Reserve and the Commodities Futures Trading Commission have all been run by former Goldman executives.

Thus in 2008, while the US plunged into its greatest recession in 80 years, Goldman Sachs paid US$14 million in federal taxes, one-third the amount its chief executive officer was gifted. More broadly, two-thirds of corporations paid no taxes at all between 1998 and 2005.

Not surprisingly, the failure of the major political parties to prevent these excesses has spawned insurrections, as it did in the Gilded Age. Hence Donald Trump has won the Republican presidential nomination, as a populist from the right, while Bernie Sanders very nearly won the Democratic Party nomination with a redistributive economic program. This tells us that Democratic power-brokers are more in control of their party than their Republican counterparts.

In the Gilded Age, it was the Democratic Party that was convulsed by populist insurrection. Three times, in 1896, 1900 and 1908, Democratic power-brokers were forced to accept the nomination of William Jennings Bryan, a great orator who opposed the gold standard and the political power of banks. Bryan’s popularity was a running sore for the “Bourbon Democrats” who ran the party.

But if the Bourbons could not prevent Bryan’s nomination, they could derail his campaigns and they did, with half-hearted fundraising and by tacitly supporting imperial expansion abroad. With no election war chest and too little to distinguish him from the imperialist Republicans, Bryan was safely barred from the White House. Not until the arrival of Woodrow Wilson, who posed no threat to boss rule of the party, could the Democrats’ controlling interests risk a genuine tilt at the presidency.

During the Gilded Age, the major parties’ differences were trivial. So were the margins in presidential elections. Hence the British historian Viscount Bryce lamented that neither Republicans nor Democrats possessed “any principles, any distinctive tenets”.

Today, journalist Matt Taibbi writes, the presidential election has again become an event that Americans “have learned to wholly consume as entertainment, divorced completely from any expectations about concrete changes” in their lives. Trump’s campaign has risen on his promise to break the major parties’ corporate consensus. His racist decrying of immigration – a recurrent populist policy since the Irish Catholic influx of the 1840s – is embarrassing for establishment Republicans. But what they and the party’s most important supporters will not brook is Trump’s opposition to deregulated trade and labour markets.

As the presidential campaign gets into full swing, look for signs that the Grand Old Party is doing all that it can to prevent Trump from winning the White House. Like the Democrats of old, they will not be too distressed by a Hillary Clinton presidency. After all, Trump has pledged to break up the biggest banks, but Clinton has not.

When the Trump insurrection is defeated, the party will be handed over to a safe candidate, with more appeal than Marco Rubio or Ted Cruz. At least, that is the plan.

Nick Fischer does not work for, consult, own shares in or receive funding from any company or organization that would benefit from this article, and has disclosed no relevant affiliations beyond the academic appointment above.