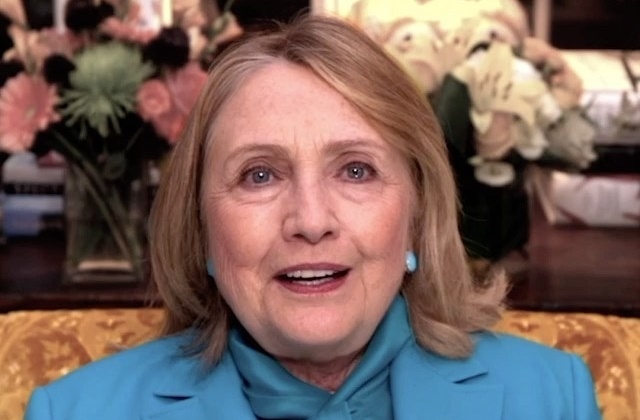 Hillary Clinton is one of the most recognizable figures in the U.S., but in recent years, she has not been that visible. With her absence, it has been rumored that she has been gaining pounds and this is causing her health to deteriorate.

In the article published by the Globe magazine, it reported that Hillary Clinton gained 97 pounds and now she is having a hard time walking. They also attached photos of the former First Lady to back their claims.

Additionally, the magazine stated that it was able to talk to a doctor who said that Clinton’s massive weight gain just put her at risk of suffering from various illnesses such as cancers, heart disease, COVID-19 and highly susceptible to stroke.

Globe also mentioned Hillary Clinton’s past health issues including the time when she nearly collapses while attending the Sept. 11 memorial event at Ground in 2016. She was then diagnosed with pneumonia. The tabloid also brought up the time when she fractured her right elbow due to a fall while on her way to the White House.

Now the source is saying that Hillary Clinton may be suffering from a degenerative bone condition now and she is also gaining so much weight due to stress eating. They then stated that she have to immediately change her lifestyle to stop her weight gain and prevent getting sick.

The truth about Hillary’s health

With how the story about Hillary Clinton was written, it was somehow suggested that with her health condition, she is already dying. But then, Gossip Cop dismissed the claims that the ex-FLOTUS has gained too much weight that is causing various health issues.

The publication pointed out that Hillary Clinton did not disappear from the spotlight and in fact, she actively campaigned for Joe Biden. She also goes live once in a while via Zoom and her social media to speak with the public and send her message to them. For sure she will not be able to go live or campaign if she is really dying or in really bad health thus the Globe report is totally false.