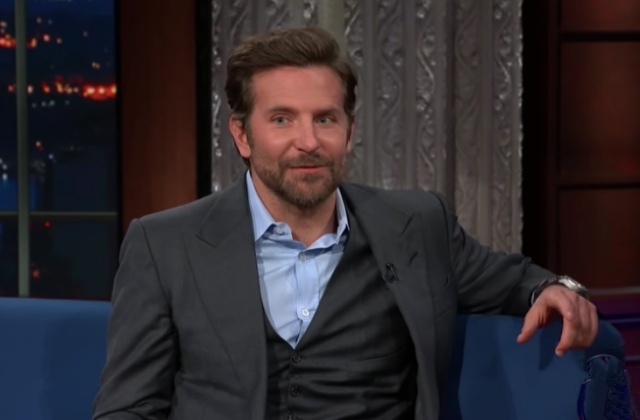 Photo by: The Late Show with Stephen Colbert/YouTube

Bradley Cooper was reported to have gotten back together with Irina Shayk, the mother of his daughter. Their reunion allegedly comes a year after they broke up at the height of the actor’s cheating allegations involving his “A Star is Born” co-star Lady Gaga.

Based on the report, after pretending to be a happy family for the sake of their daughter, whenever they are together, Bradley Cooper and Irina Shayk developed special feelings again for one another. Apparently, they have rekindled the old feelings they shared when they were still a couple so it allegedly ended with their reunion.

As per OK! Magazine, sources revealed that the pair rekindled their romance after they started spending more time together so their daughter will feel she has a family. Bradley and Irina spent a lot of quality time with their child and an insider shared they just naturally got closer again in a romantic level.

“Bradley and Irina don’t believe in handing their 3-year-old daughter, Lea, off between them, so they’ve been spending more time as a family,” the so-called source told OK!. “They want her to see them doing things together but along the way, they both started to catch feelings again.”

It was added that while Irina has been rumored to be dating Vito Schnabel, an art dealer in New York, their relationship is said to be not serious. This is because the 42-year-old’s one true love has always been Bradley Cooper.

“There’s the buzz that she and Bradley are back on,” the insider added, “They’ve been getting along better than they ever did before and feel a lot closer too.”

The truth about Bradley and Irina’s current relationship

The magazine further claimed that one of its sources disclosed Irina Shayk has been visiting Bradley Cooper’s home often these days but Gossip Cop stated that this is not enough to prove that the ex-couple has reunited. The gossip police added that if it is true that the model always drops by her ex’s home, it is not surprising because they share a child and they are co-parenting.

So, in conclusion, Bradley and Irina are not back together as a couple. In truth, they are happily co-parenting their daughter so she would grow up happy and not missing the times she may have with her parents.