‘Haikyuu’ chapter 396 release date, spoilers: Game-deciding chapter ahead; Jackals leading the game but the Adlers may make its comeback 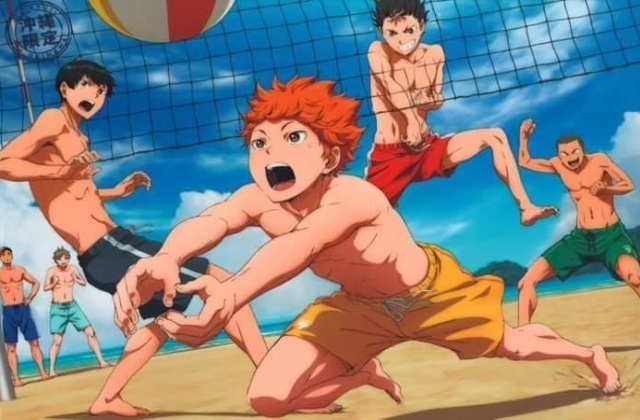 This manga series is progressing smoothly, and it has already reached “Haikyuu” chapter 396. Previously, fans were able to get a glimpse of what the Schweiden Adlers’ hitter Ushijima Wakatoshi is like through a backstory. His story followed after the past chapters featured Kagayema and Atsumu Miya’s backgrounds.

As posted on VIZ Media, “Haikyu” chapter 395 was titled “The Lucky Ones: Part 2,” and Ushijima was the star of this chapter. His story began with Tendo reading an article about the Ushijima’s failure to score when they are competing against a foreign team.

At that time, he was still part of the Japanese National team. It turned out that his score was critical during the game, so when he failed, his team lost.

Since then, he tried to improve his arm swing move and overall playing style. He wants to act like a pro by moving away from the way he plays in high school, so he’s training. It was also revealed in “Haikyuu” chapter 395 that he went to California three months ago and met another player Hajime Iwaizumi.

It turned out that Iwalizumi traveled to the U.S. to meet Takashi Utsui, a Japanese trainer that he wanted to intern with after college. Ushijima was surprised because he’s actually looking for his father. They don’t have the same surname because he has been using his mother’s.

“Haikyuu” chapter 395 ended with Ushijima perfecting his arm swing and other shot techniques. And as the game resumed, he helped the Adlers to catch up with the Jackals, and the game score is now 24-23, with he Jackals in the lead.

Now, “Haikyuu” chapter 396 will definitely be an intense game because the game is already reaching its end. This is the game-deciding match after both the Adlers and the Jackals earned one win each in the first two games.

Hinata’s team is leading by one point only so fans are expecting Kageyama’s team to make its comeback in “Haikyuu” chapter 396. It is difficult to predict who will take the win but this chapter will surely be full of suspense. It was also predicted that another backstory is happening and it will be about Korai Hoshiumi this time.

Finally, “Haikyuu” chapter 396 will be available on June 7 while the raw scans ould arrive on June 5.