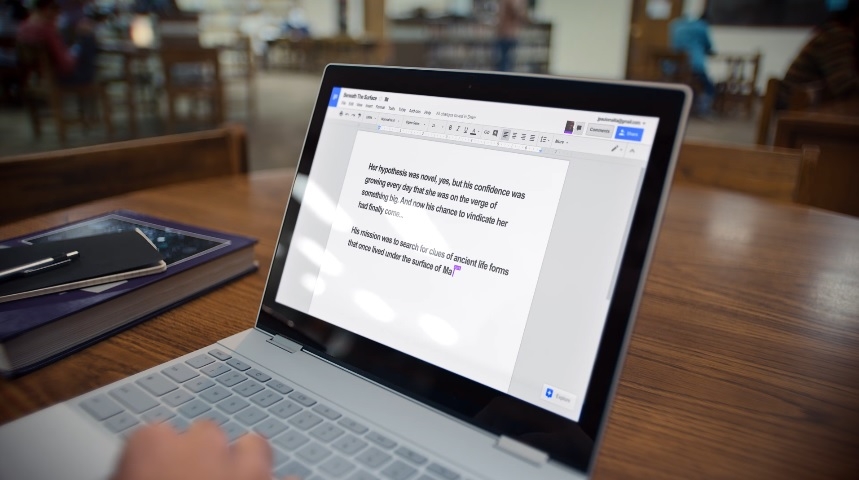 From the Google Pixelbook official trailer | Photo credit: Made by Google/YouTube screenshot

Black Friday and Cyber Monday may be over, but people’s chances to snag good deals on top Chromebook options are not over. Google’s Pixelbook and Pixel Slate are just some of the Chrome OS-powered devices that are now up with discounted prices.

Where to find Google Chromebooks on sale

Many of the reviews of Google Pixelbook and Pixelbook Go have commented that these Chromebooks are on the more expensive end. It is then always worth noting when these Google-made devices are being offered on sale, and one of those rare times is happening right now.

The 2017-released Google Pixelbook, with regular price starting at $999, is now being offered with a 10 percent discount on Amazon. The special offer brings the cost down to $899.99 for a Pixelbook powered by an Intel Core i5, with 8GB RAM and 128GB SSD storage.

Note, though, that its CPU is an earlier Core chip from Intel’s seventh generation of CPUs. Unlike the Pixelbook Go, Google Pixelbook has a 360-degree hinge allowing for the Chromebook to achieve its 4-in-1 design.

Google’s Chrome OS-powered tablet, Pixel Slate, is also on sale on Amazon for those who want to have a more portable device this holiday. Thanks to its detachable keyboard, the Pixel Slate sports a 2-in-1 design. Its regular price is the same as Pixelbook, but the Amazon deal offers a better discount on the Pixel Slate offering it right now for $819.99 only. The tablet has a 12.3-inch Molecular Display and comes with Core i5, 8GB RAM, and 128GB SSD for the said price.

Tech fans who are not looking to shop Google-made Chromebooks exclusively will find more options on discounted deals through Best Buy. The retailer has started offering its holiday promos, including an array of Chromebooks from other manufacturers.

One of the offers on the Best Buy website is for the Lenovo Yoga C630. After a $150 discount, the Chromebook is available for $549 with a 2-in-1 design, 15.6-inch touchscreen display, Core i5, 8GB RAM, and 128GB eMMC Flash Memory. This is also one of the best times to get these discounted devices as gifts because Chromebooks activated from last Nov. 25 through Jan. 31, 2020 qualifies for a free three-month Disney+ subscription.