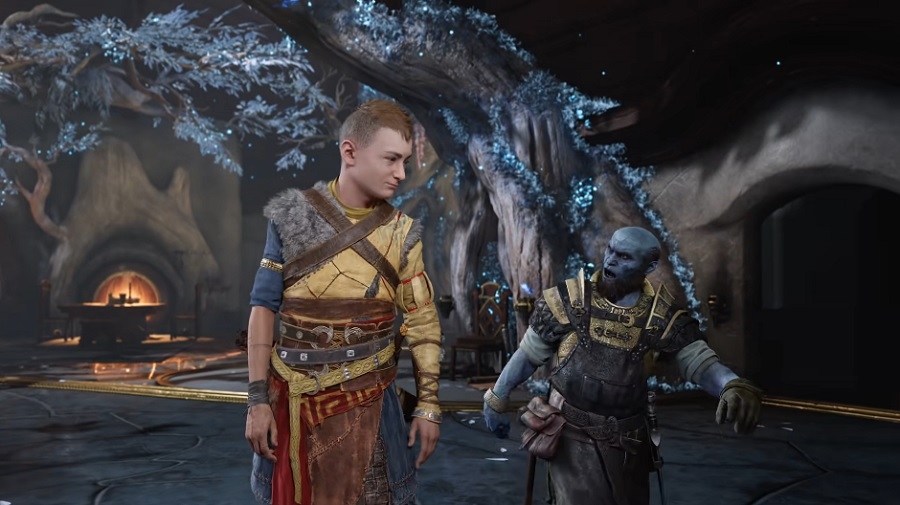 Santa Monica Studio and PlayStation are still mum on the exact release date of “God of War Ragnarok.” But a recent Twitter post from one of the developers sparked hopes that, at least, a new trailer could be unveiled soon.

^_^ she LOVES playing the new game. but since I can't show that footage. ill show her playing the last game ^_^ she loves watching the trailers so told her lets play today. pic.twitter.com/pse9xToUyS

The post from Morales has sparked a new round of speculations on the status of “God of War Ragnarok.” What is clear from the developer’s post is that the game is already playable. Some have interpreted it to mean that the game is already completed. But other fans, especially those doubtful that a delay is out of the question, pointed out that a game in a playable state does not necessarily mean it is finished. That is, technically, true since developers get to play different builds of a game throughout the development process.

However, the more optimistic fans are hoping that Morales’ post is an indication that they are, at least, getting a new “God of War Ragnarok” trailer soon. Considering other details about the game, Santa Monica Studio should be gearing up to unveil new teasers in the coming months.

God of War Ragnarök comes out this year.

The studio has previously announced that “God of War Ragnarok” is set for a 2022 launch. The lack of updates after PlayStation’s September 2021 showcase led to speculations that the game could be delayed. But that was recently debunked by a member of the Santa Monica Studio’s community and social team, who said last month that the game is coming out this year. In February, a Reddit user asked other fans if they think the game could slip into 2023, to which gaming journalist Jason Schreier responded, “Nope.”