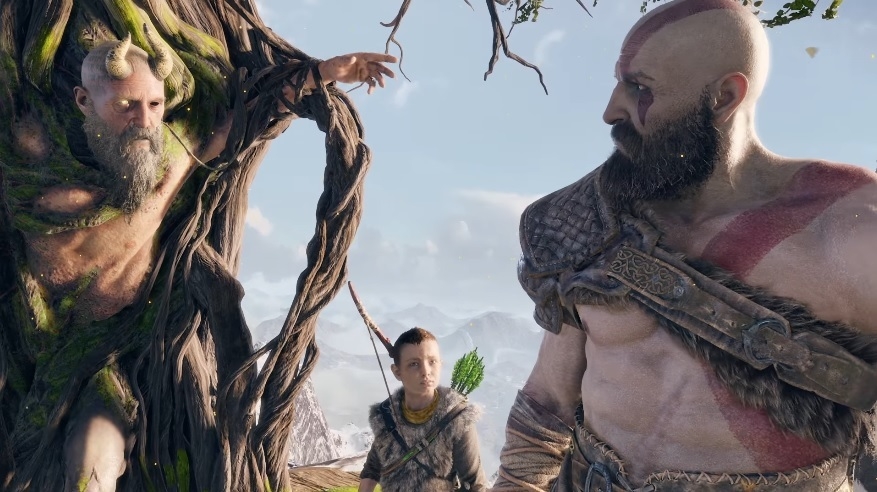 From the story trailer of “God of War” | Photo credit: PlayStation / YouTube screenshot

Every gaming fan is possibly keeping up with updates about the studios joining E3 2021 in the coming days. While that lineup does not include Sony PlayStation, a new report claims the company is preparing its own event in summer where a new “God of War 2” trailer might premiere.

ResetEra user Ashhong posted last week saying, “Sony is 100% having some kind of event or presentation in the Summer.” Now, one of the website’s administrators has verified the user noting that they have provided evidence to prove they do have insight on some of Sony’s plans.

It is worth noting that Ashhong also said a “God of War 2” trailer is one of the things being worked on for the event that could happen in June. When asked further about the timeline of the supposed Sony PlayStation event, the tipster said it could be “around E3 time.” E3 is scheduled for June 12-15.

In a post on Wednesday, the same ResetEra user said there is nothing “outlandish” to be expected from the rumored Sony PlayStation game. Although they added that the information he shared was “months old” at the time of his original post, so Sony may have changed some of the details for its E3-alternative showcase. When Sony has a presentation like the State of Play, the company usually lets its fans know a few days ahead. So if the “around E3” information is accurate, the company should announce it in the coming days.

Meanwhile, it is not far-fetched to expect a “God of War 2” trailer from Sony since it has been almost a year since the sequel’s development was confirmed. Earlier this week, Sony announced that the game, along with “Gran Turismo 7,” is going to be delayed to 2022. But on a positive note, both games are confirmed to arrive on PS4 consoles despite previous speculations that they will be exclusive to PS5.

There has been plenty of chatter about “God of War 2” lately, especially when a Sony IR document mistakenly used a fan-made logo that assumed the game will be titled “Ragnarok.” The error has been corrected, but Sony remains mum on the game’s official title.