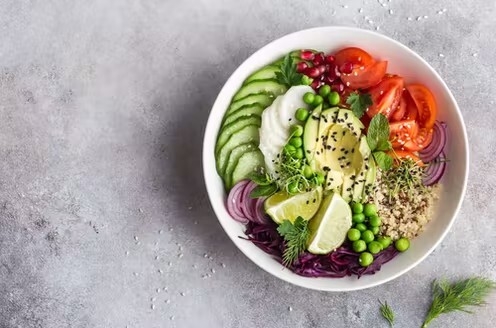 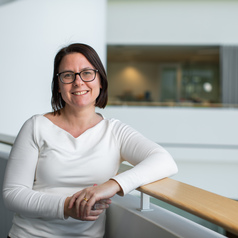 Biochemist and author of the Glucose Revolution Jessie Inchauspé says tweaking your diet can change your life.

Among her recommendations in the mainstream media and on Instagram, the founder of the “Glucose Goddess movement” says eating your food in a particular order is the key.

By eating salads first, before proteins, and finishing the meal with starchy carbohydrates, she says blood glucose spikes will be flattened, which is better for you.

Scientifically speaking, does this make sense? It turns out, yes, partially.

What is a glucose spike?

A glucose spike occurs in your bloodstream about 30-60 minutes after you eat carbohydrate. Many things determine how high and how long the peak lasts. These include what you ate with or before the carbohydrate, how much fibre is in the carbohydrate, and your body’s ability to secrete, and use, the hormone insulin.

For people with certain medical conditions, any tactic to flatten the glucose peak is incredibly important. These conditions include:

That’s because high and prolonged glucose spikes have lasting and detrimental impacts on many hormones and proteins, including those that trigger inflammation. Inflammation is linked with a range of conditions including diabetes and heart disease.

Scientists have known for a long time that high-fibre foods, such as salads, slow gastric emptying (the rate at which food exits the stomach). So high-fibre foods slow the delivery of glucose and other nutrients to the small intestine for absorption into the blood. 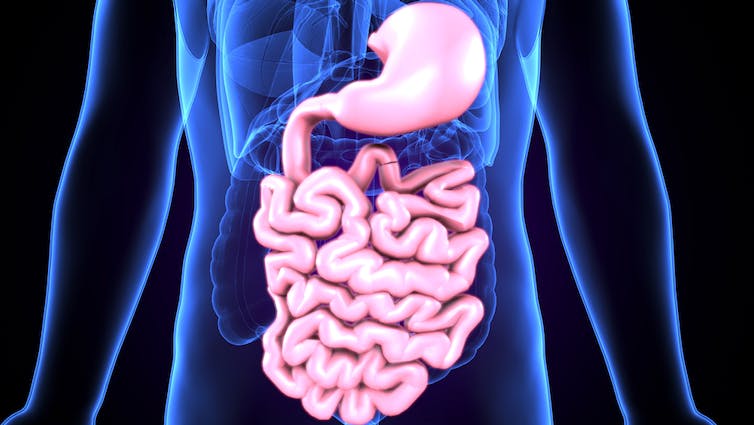 Salads slow down the movement of food from your stomach into your small intestine. Shutterstock

Proteins and fats also slow gastric emptying. Protein has the extra advantage of stimulating a hormone called glucagon-like-peptide 1 (or GLP1). When protein from your food hits the cells in your intestines, this hormone is secreted, slowing gastric emptying even further. The hormone also affects the pancreas where it helps secretion of the hormone insulin that mops up the glucose in your blood.

In fact, drugs that mimic how GLP1 works (known as GLP1 receptor agonists) are a new and very effective class of medication for people with type 2 diabetes. They’re making a real difference to improve their blood sugar control.

What about eating food in sequence?

Most of the scientific research on whether eating food in a particular order makes a difference to glucose spikes involves giving a fibre, fat or protein “preload” before the meal. Typically, the preload is a liquid and given around 30 minutes before the carbohydrate.

In one study, drinking a whey protein shake 30 minutes before (rather than with) a mashed potato meal was better at slowing gastric emptying. Either option was better at reducing the glucose spike than drinking water before the meal.

While this evidence shows eating protein before carbohydrates helps reduce glucose spikes, the evidence for eating other food groups separately, and in sequence, during an average meal is not so strong. 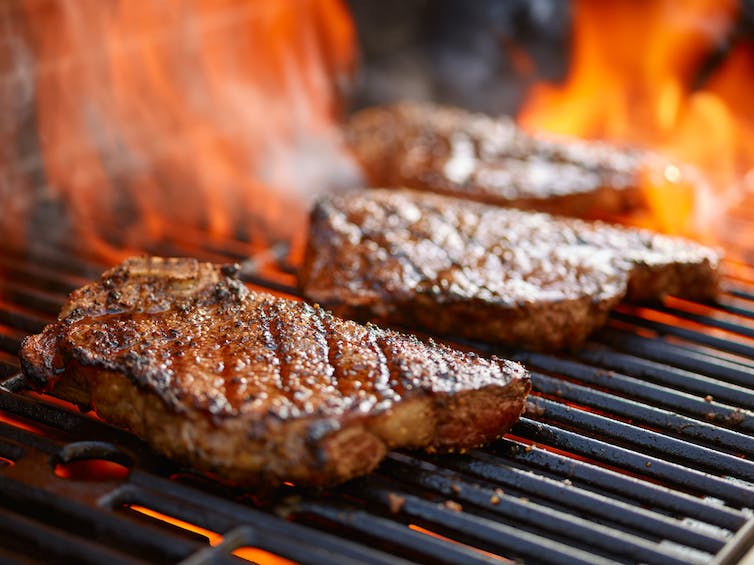 A steak takes longer than mash to churn into a size ready for the small intestine. Shutterstock

Inchauspé says fibre, fats, and proteins don’t mix in the stomach – they do. But nutrients don’t exit the stomach until they have been churned into a fine particle size.

Steak takes longer than mash to be churned into a fine particle. Given the additional fact that liquids empty faster than solids, and people tend to complete their entire dinner in around 15 minutes, is there any real evidence that eating a meal within a particular sequence will be more beneficial than eating the foods, as you like, and all mixed up on the plate?

Yes, but it is not very strong.

One small study tested five different meal sequences in 16 people without diabetes. Participants had to eat their meal within 15 minutes.

There was no overall difference in glucose spikes between groups that ate their vegetables before meat and rice versus the other sequences.

Watching those glucose spikes is particularly important if you have diabetes or a handful of other medical conditions. If that’s the case, your treating doctor or dietitian will advise how to modify your meals or food intake to avoid glucose spikes. Food ordering may be part of that advice.

For the rest of us, don’t tie yourself up in knots trying to eat your meal in a particular order. But do consider removing sugary beverages, and adding fibre, proteins or fats to carbohydrates to slow gastric emptying and flatten glucose spikes.