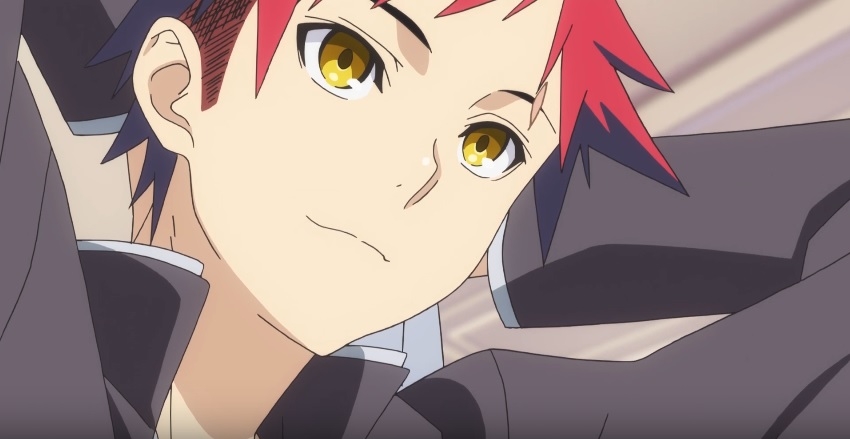 “Food Wars” season 5 or Fifth Plate is going to premiere in barely two weeks. Fans might want to go through these five reminders before seeing the new installment to premiere them for what’s to come in the new episodes.

The number of manga chapters left to be animated suggests that “Food Wars” season 5 is going to be the end of the anime series as well. It should be noted that the manga series concluded last summer.

It is also possible for the episode order to be similar to the fourth season. But there’s also a chance to see a few extra episodes to accommodate the epilogue chapters to ultimately end the series.

“Food Wars” season 5 is going to be exciting mostly because an entire group of antagonists will be introduced. While Soma, Erina, and other Totsuki chefs will be fighting several enemies, there is an ultimate villain who will pose the biggest challenge to the main protagonists.

That baddie is named Asahi Saiba. Fans may recognize that the last name is the same as Soma’s father, and that is because Asahi has a connection to Joichiro. Asahi, however, uses other names as well. But discussing all those identities would spoil the biggest plot twists of “Food Wars” season 5.

Asahi’s introduction is not the only surprise in “Food Wars” season 5. Throughout the earlier seasons, Soma has been established as the ultimate protagonist of the series. However, fans will find that somehow changing in the Fifth Plate as every plot twist would seem to be focused on further developing Erina’s character.

With the said, the God Tongue will also face a very unpredictable challenge that puts her culinary prowess to her toughest mission yet. This will be realized once she is reunited with her estranged mother in “Food Wars” season 5.

‘Food Wars’ season 5: Why many fans are not excited about the upcoming episodes

Anime-only fans looking for clues about “Food Wars” season 5 will find unfavorable comments about the upcoming story arcs from manga readers. The way manga producers ended the series last year was highly debated and many readers argued that it did not give Soma the ending he deserves.

It will still be worth it for anime fans to see how the series ends in “Food Wars” season 5, so they can form their own opinions about the final arc. Luckily, the Fifth Plate will air starting on April 11.