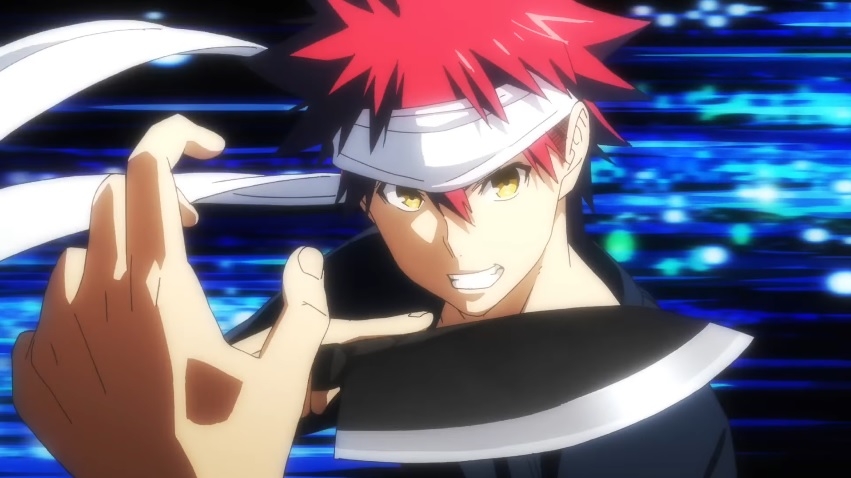 The wait for “Food Wars” season 5 is almost over, and keeping the fans hyped is the new trailer released for the next installment. Adding up to the mystery for anime-only fans is the appearance of the character they have yet to identify.

The said character has appeared in many “Food Wars” season 5 teasers already. He was also briefly featured in the finale episode of the Fourth Plate. But it is important to note that this was not the same scene as his first appearance in the manga. If that is the only change in terms of this character’s addition to the series is still unknown.

What’s certain about him is that he will serve as the main villain of “Food Wars” season 5. Unlike other Soma and Erina’s previous adversaries, this character is not just awful. He also has an incontestable talent in the culinary sense, so he works fine as the ultimate baddie for the final arcs of the series.

However, anime fans may have already heard opinions about the last storylines that will be tackled in “Food Wars” season 5. Many manga readers were not totally on board with how the mystery character was written and how he developed alongside the other favorites in the series, especially Soma and Erina.

It is then going to be interesting how anime fans will receive “Food Wars” season 5 and how they would react to the changes that Soma and Erina will go through. The said villain of Fifth Plate is going to have many layers of identities as well, so anime viewers should brace themselves for a slew of huge revelations that will also involve Soma and Erina’s father later on.

Aside from this mystery character, “Food Wars” season 5 have other surprises that will mainly affect Erina’s perspective. Without spoiling much about the Fifth Plate, fans should just prepare to see another member of the Nakiri clan.

“Food Wars” season 5 will premiere on Friday, April 10, at 12:30 am JST (so essentially April 11). The series, as usual, will air on TV networks in Japan with simulcast hosted by official platforms like Crunchyroll.