Eric Zemmour: Jewish heritage is a useful tool for the French far right 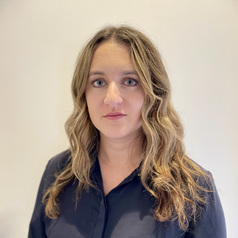 French commentator Eric Zemmour has risen to political notoriety off the back of anti-Muslim hatred and anti-migrant incitement before even officially announcing his candidacy in the 2022 French presidential elections.

One recent poll placed Zemmour at 16% – which would translate into a second-round run off between him and current president Emmanuel Macron, knocking out far-right candidate Marine Le Pen.

Zemmour sits firmly to the right of his rival Le Pen. He has convictions for inciting racial hatred and is an open proponent of the “great replacement” conspiracy theory. This suggests white people are being ethnically cleansed by Muslim migrants and Jewish puppet-masters, and has emerged as the ideological underpinning for attacks including the Pittsburgh Synagogue shooting in 2018 and the Christchurch Mosques shooting in 2019.

Zemmour has made various ahistorical comments, including that Vichy France, the regime that collaborated with the Nazis during the second world war, actually “protected French Jews”. He has also questioned the innocence of Alfred Dreyfus, who was falsely convicted for treason in a notorious example of 20th century antisemitism. His stock in trade has become to give oxygen to antisemitic conspiracy theorists.

It may therefore seem surprising that Zemmour is himself of Jewish heritage. He is the descendent of Algerian Berber Jewish immigrants.

Yonathan Arfi, vice president of the Representative Council of French Jews, describes it all as a “double punishment. First, French Jews have to hear the false narratives Zemmour espouses, then they have to deal with the fact that these words have come from someone who is identified as coming from Jewish heritage himself – which adds a false air of legitimacy to the claims.

There are questions over how much Zemmour actually engages with his Jewish identity – but, as philosopher Bernard-Henri Lévy argues, that has become irrelevant. Despite rigorous criticism from the Jewish community, "what Mr Zemmour does, whether he likes it or not, [is] in the Jewish name”.

The emergence of a Jewish far right

Zemmour is not the first Jewish person to engage with far-right politics, or to run for election. In federal elections in Germany this year, for example Marcel Goldhammer, vice-chairman of Jews in the Alternative for Germany - an organisation aligned with the far-right party - stood as a candidate representing a tiny but vocal collection of radical-right German Jews.

Jewish people sign up to far-right parties for many of the same reasons as the wider population. They might oppose immigration or be ultra-nationalist in their thinking. But the fact that these movements so often thrive off the back of antisemitism and Holocaust revisionism makes Jewish involvement a puzzling hypocrisy.

Some buy into deliberately skewed assertions that Muslim or migrant communities are the sole cause of rising antisemitism. Instead of combating far-right antisemites, they they are espousing their ani-Islamic message.

Jean-Marie Le Pen, backing Zemmour over his own daughter, reflected that “the only difference between Eric and me is that he is Jewish. It is difficult to call him a Nazi or fascist. This gives him more freedom”. Whether it is Zemmour’s intention or not, he is being presented by the French extreme right as a champion of their cause. They are absolutely clear that his Jewish identity is a helpful tool to deflect accusations of racism.

In the course of my research, I came across multiple illustrative comments on right-wing forums on 4chan’s politics boards, where Zemmour was described as “100% /ourjew/”. One user praised Zemmour, who “despite being Jewish, seems to truly love France”. Another added that he “recognises his Jewish identity but he doesn’t let that stop him from speaking out again [sic] Jewish influence and mass immigration”.

However, other extreme-right figures view Zemmour as a trojan horse for Jewish control. To them, he is living confirmation of great replacement conspiracy theories. Eric Striker a US-based alt-right propagandist (who is widely believed to be a persona) posted to his large Telegram following that “Zemmour is hostile to French racial and Catholic-centred nationalism, is an open Jewish supremacist, and is using throwing out some red meat about ethnic decline to mask his actual policy proposals, which are liberal, globalist, and Zionist neo-conservativism”. Despite attempts to cosy up to the far right, Zemmour will still only be seen by some as an immigrant and a Jew.

Overt Nazism is often still seen as the only indicator of far-right sentiment. But a careful public relations transformation is underway. Extremists such as Zemmour have the capacity to attract votes from portions of the electorate who support his policies, but do not consider themselves to be fascists or racists. His identity reassures them of this belief.

He has helped high-profile far-right figures in their quest to move the Overton window, making it politically acceptable to espouse hateful views in mainstream politics. Whether Zemmour ever does really end up making an electoral impact, the precedent is already being set. The strategic use of far-right philosemitism (a suspicious love of Jews based on stereotypes) remains an urgent threat for Muslim and Jewish communities alike.