'Elder Scrolls 4: Skyblivion' developers say money might ‘corrupt’ their passion for the project 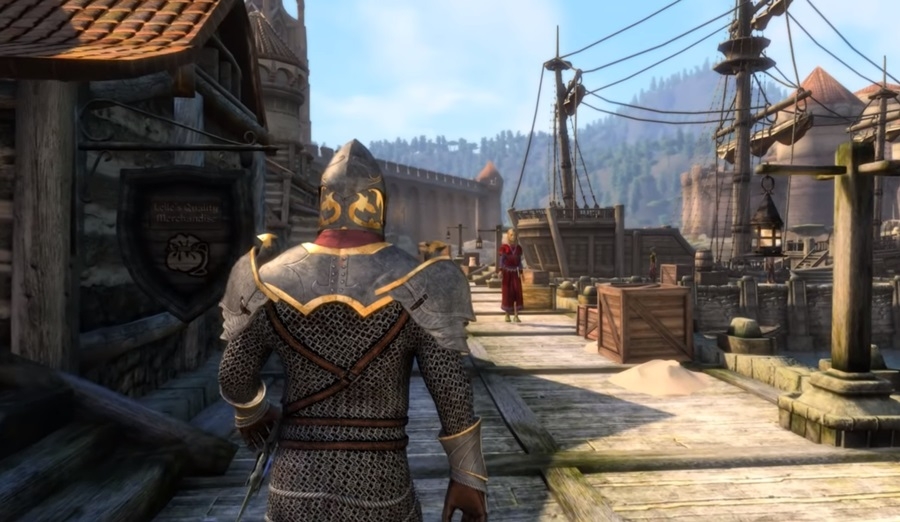 “Elder Scrolls 4: Skyblivion” is still in development but TESRenewal – the team behind its creation – has been making significant progress in the last few years. Just recently, the developers released a teaser clip for the game, and everything looks absolutely gorgeous.

The community has been praising the team for not giving up on “Elder Scrolls 4: Skyblivion” despite not being paid for their efforts. Indeed, all the people working on this massive undertaking are all volunteers who are huge fans of the franchise. They will get zero financial incentives for their efforts.

“Elder Scrolls 4: Skyblivion” itself will be free for anyone who owns “Oblivion,” “Skyrim,” and the DLCs of both titles, Eurogamer reported. To show their appreciation, some people have expressed their desire to pay TESRenewal the money they rightly deserved.

However, the team maintains that they don’t want any money for “Elder Scrolls 4: Skyblivion” as the core of all their endeavors is rooted in their love for the franchise. They feel that involving money into the project may sour their passion for the project.

“Though we could set up donations/Patreon we rather just stay true to our goal which is to make this project happen out of love and passion for the community and the series. We feel money might corrupt that vision,” Rebelzize said in response to one user who wanted to send money to the team. Seeing as to how “Elder Scrolls 4: Skyblivion” has been created, it isn’t surprising that people want to reward the developers with cash.

Elder Scrolls 4: Skyblivion will be massive

Everything has been designed to provide an immersive experience. Enemies in the game will be able to cast their spells correctly. NPC and quests have been improved. The surrounding cities have been polished to reflect a medieval design. And “Elder Scrolls 4: Skyblivion” will bring in new weapons and armors.

But that’s just some of it. Weather, flora, and the overall texture of the game has been improved to match today’s gaming standards. “Elder Scrolls 4: Skyblivion” will be absolutely massive as it encompasses Cyrodiil, Morrowind, and Skyrim.

As for when it will be released, the team has yet to announce anything on this front although they did say that they’ve come to a point where “the end is nearly in sight.” “Elder Scrolls 4: Skyblivion” has been in development for seven years, so people are eager to get their hands on the game, especially since “The Elder Scroll 6” is expected to arrive in 2024 or 2025.