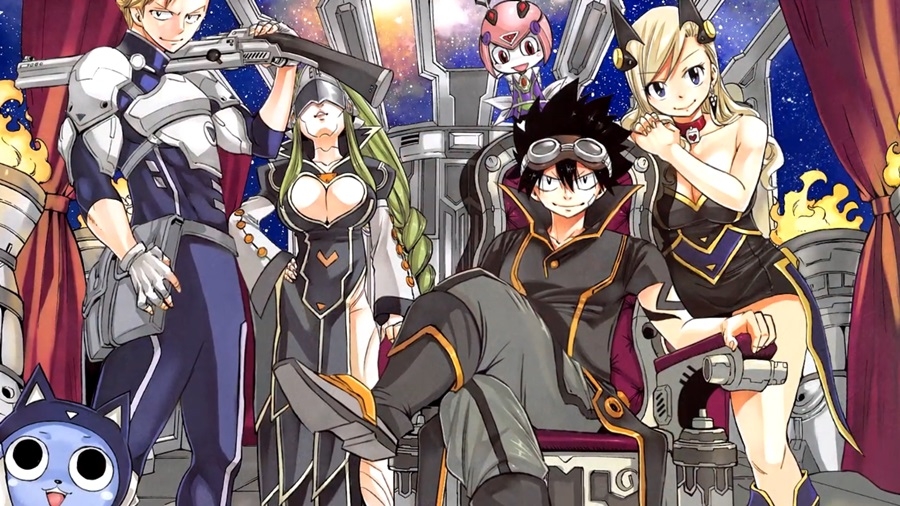 Photo via Screenshot of FruitZero/Youtube

“Eden’s Zero” Chapter 66 will be coming out soon, and it appears it’s going to be another action-packed entry for the series. The previous chapter has already concluded the fight between Homura and the whip-wielder.

Kurenai’s daughter proved to be a crafty fighter when she used her Ether Gear to distract her opponent and send her teacher’s sword hurtling through the air. The weapon pierced the antagonist straight through his chest. Now, “Eden’s Zero” Chapter 66 will likely transition back to Shiki and Kurenai’s match, and it appears that the next release will be concluding this battle.

The synopsis of the upcoming entry has been leaked on the web, saying that the Demon King will slowly overwhelm Kurenai’s Dragoon mech. It’s still unclear how Shiki will be able to do this, but going by how everything has transpired so far, it could be that “Eden’s Zero” Chapter 66 will have the protagonist use his Demon King form.

Powerful as Kurenai’s robot is, it’s still doesn’t compare against Shiki’s Ether Gear and his true strength, something that he has kept hidden throughout the fight. Shiki isn’t going all out since his main goal is to reunite Kurenai with Homura, an event that could take place in “Eden’s Zero” Chapter 66.

Of course, with the larger battle taking place, it’s imperative that Shiki speeds up his effort as the entire planet is suffering from all the fighting. Nino revealed that nobody could really stand up against Kurenai on the planet. But if Shiki manages to subdue her in “Eden’s Zero” Chapter 66, then the suffering – especially by the people living in the slums – can be finally be put to rest.

Eden’s Zero Chapter 66 to come out on Sunday

Meanwhile, Homura is still apprehensive about meeting her mother as there are multiple ways that could end up. The most optimistic of which may result in Kurenai supporting the adventures of her daughter and Shiki gaining another powerful ally. Sure, “Eden’s Zero” Chapter 66 might have them exchanging blows, but peace is almost always resolved by conflict, especially when dealing with authoritarian regimes.

Hopefully, we’re going to see Shiki’s demon form as it’s always a treat watching the main protagonist flex his Ether Goal against haughty villains. As for when “Eden’s Zero” Chapter 66 will be released, the scan is slated to drop on Sunday, Oct. 20, Otakukart reported.