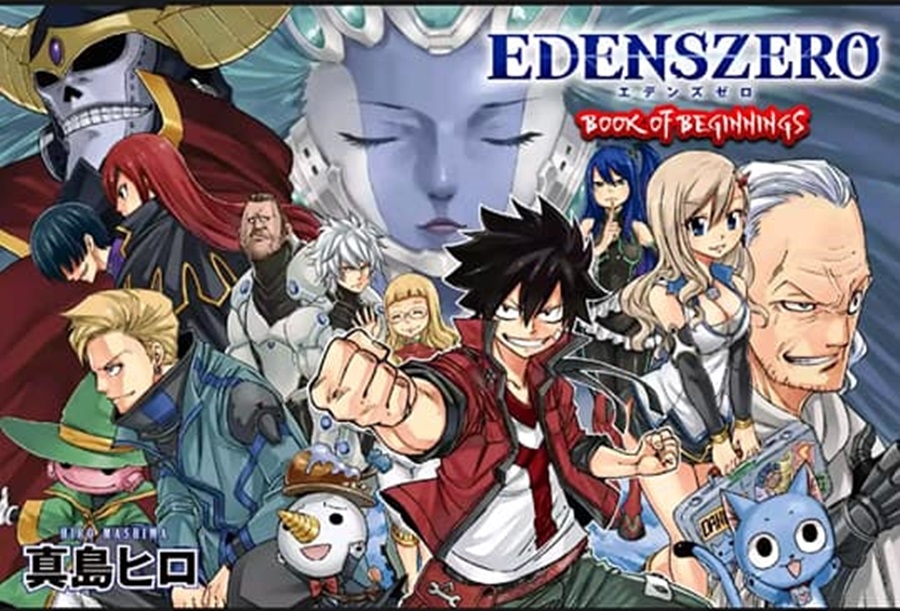 “Eden’s Zero” Chapter 17's storyline is still stuck on the fighting between Shiki and the mysterious cyborg. Pino analyzed that the cyborg’s body is mostly composed of machine, about 60 percent to be exact.

The cyborg revealed that his job is to take Lavilla “home,” indicating that he’s either someone for hire or is part of an organization who has taken interest in Lavilla. As the cyborg tried to complete his mission, Shiki interfered and grabbed the character’s arm. To Shiki’s surprise, the arm came off and tried to land a blow on the Demon King before zipping and clicking into place on the cyborg’s arm. The real fight broke out from there and the rest of “Eden’s Zero” Chapter 17 hasn’t concluded or indicated how the conflict will end.

Will the cyborg prove too much for Shiki or is the Demon King capable of defeating this character? That’s a toss-up at this point since both of them have Ether Gear themselves as confirmed in “Eden Zero” Chapter 17. Although fans have already seen Shiki’s capabilities with the technology, the cyborg’s skill with his Ether Gear hasn’t been revealed yet.

What’s really interesting about this cyborg is that he’s someone who seems to have purged emotions thoroughly. While it’s understandable that a cyborg might not feel the same emotional link as a full human does, there’s still some humanity left for a character such as this one that allows it to hold some sentiment. So far, however, the cyborg hasn’t expressed any of this, going about his business with a single-minded purpose. His fighting skills in “Eden Zero” Chapter 17 is also quite interesting.

Fans have already seen that his arm can come off at will. Are the cyborg’s other limbs capable of such detachment as well? That is certainly a possibility. Meanwhile, Rebecca has yet to meet the master and it’s expected that “Eden Zero” Chapter 18 will feature this character’s Ether Gear. If so, this will be the first time that fans will witness how Rebecca’s Gear operates. Chapter 18 is slated for release on Oct. 30.