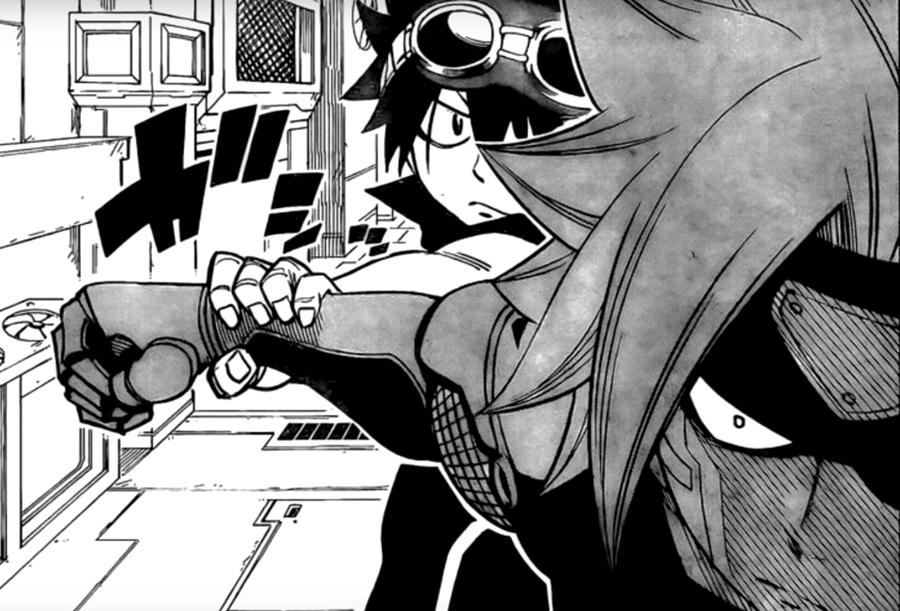 Photo via Screenshot of SamiAnime/Youtube

“Eden's Zero” Chapter 18 will have Shiki deal with the cyborg whose mission is to retrieve Lavilla. So far, the real fighting capabilities of this mysterious character haven’t been revealed yet.

What fans know so far is that one of the cyborg’s arms is capable of detaching from his body and landing blows, a fluidity that might blindside Shiki at some point during “Eden's Zero” Chapter 18. But given that the protagonist already knows this maneuver, it’s likely that he’s already taken a mental note to avoid such attacks in the future.

Although “Eden's Zero” Chapter 18 is slated for release on Oct. 30, spoilers have already made the rounds on the web, showcasing the conflict between the two characters mentioned. The fight has now broken out amidst the city’s traffic, with Shiki coming dangerously close to being run over, OtakuKart reported.

The decision of manga creator Hiro Mashima to include the environment for the fight is a great choice as it accentuates the life of the city while keeping a close watch of Shiki and the cyborg. So far, this new antagonist has been portrayed as someone who seemingly renounced his connection to his emotions. Does this include fear as well? “Eden's Zero” Chapter 18 may offer some details about this regard.

Meanwhile, Lavilla is loving how the fight is unfolding, recording the conflict with her camera and enjoying it from the sidelines. Pino is also beside her but is worried about Shiki’s safety. But what fans truly want to see is the Ether Gear of this cyborg and “Eden's Zero” Chapter 18 might provide some insight into this technology.

And speaking of Ether Gear, Rebecca is also expected to showcase her device since she’s confronting Master Ilgis on her own. This will be the first time that the character will reveal how her Gear works and it will be interesting to see how it will shape the story moving forward.