EXO's D.O. confirmed to be on final military leave 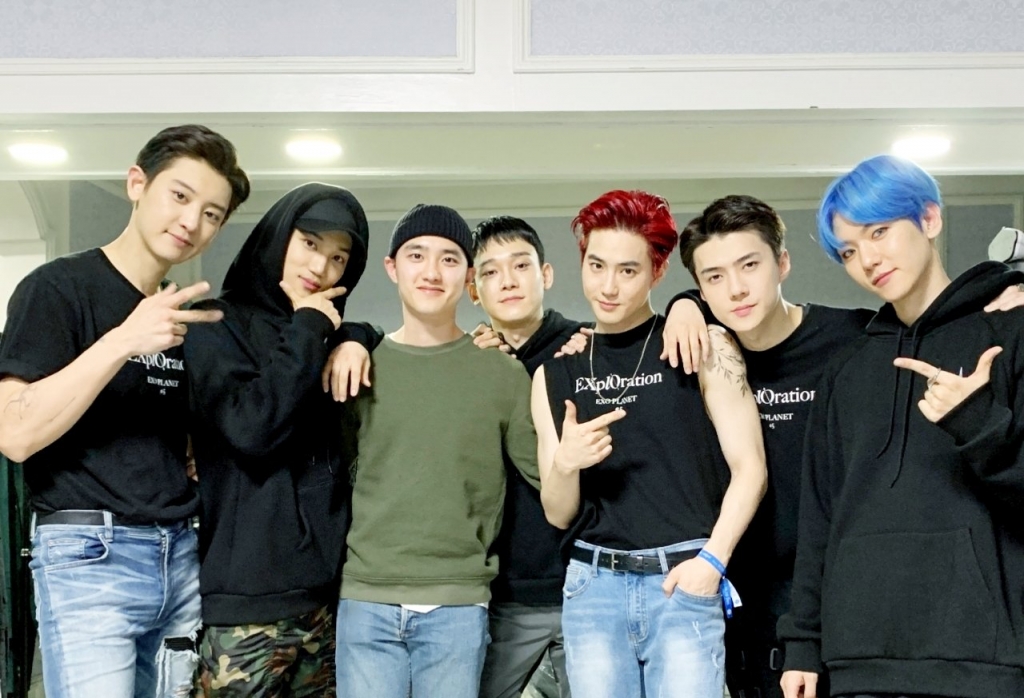 Several members of EXO are already currently serving their mandatory military service, even in the midst of the pandemic. Following the formal discharge of Xiumin, D.O. is confirmed to be on his final military vacation leave.

SM Entertainment has confirmed the status of EXO’s D.O., who has been completing his mandatory military service. D.O. is on his final military vacation leave, and as per military protocols, due to the COVID-19 pandemic, he will no longer be required to return to the military base. He will be formally discharged on January 25, 2021, instead. The agency has added that there will be no separate discharge event.

D.O. is the second EXO member to have completed his military service, following the group’s eldest member, Xiumin, who was formally discharged on December 6 but was already on his vacation leave a few weeks prior. D.O. enlisted on July 1, 2019, and served as an active-duty soldier. During his time in service, D.O. participated in the military musical “Return: The Promise of the Day” alongside Xiumin. Upon his discharge in 2021, D.O. is already set to resume his activities, with his first project being the film “The Moon” (working title). Prior to enlisting, D.O. released a song titled, “That’s Okay.”

Xiumin enlisted a few months earlier than D.O. in May 2019. Members Suho and Chen are also currently serving in the military and are expected to be discharged in 2022. Xiumin also served as an active-duty soldier and joined the first run of the military musical during his service. A week after his discharge on December 12, Xiumin held his online fan meeting, “Let it XIUnow.”

During his formal discharge on December 6, Xiumin uploaded a few photos and a short handwritten message through the social media platform Lysn. In his message, the EXO member thanked the fans for waiting for him throughout the time he was gone. Xiumin was also chosen to be featured on the cover of Allure magazine’s January 2021 issue. Sitting down with the publication, Xiumin shared how excited he was to be having a photoshoot even as this took place the day after his formal discharge. The EXO member also talked about his love for his group and how he felt assured knowing that the fans are still waiting for his return.