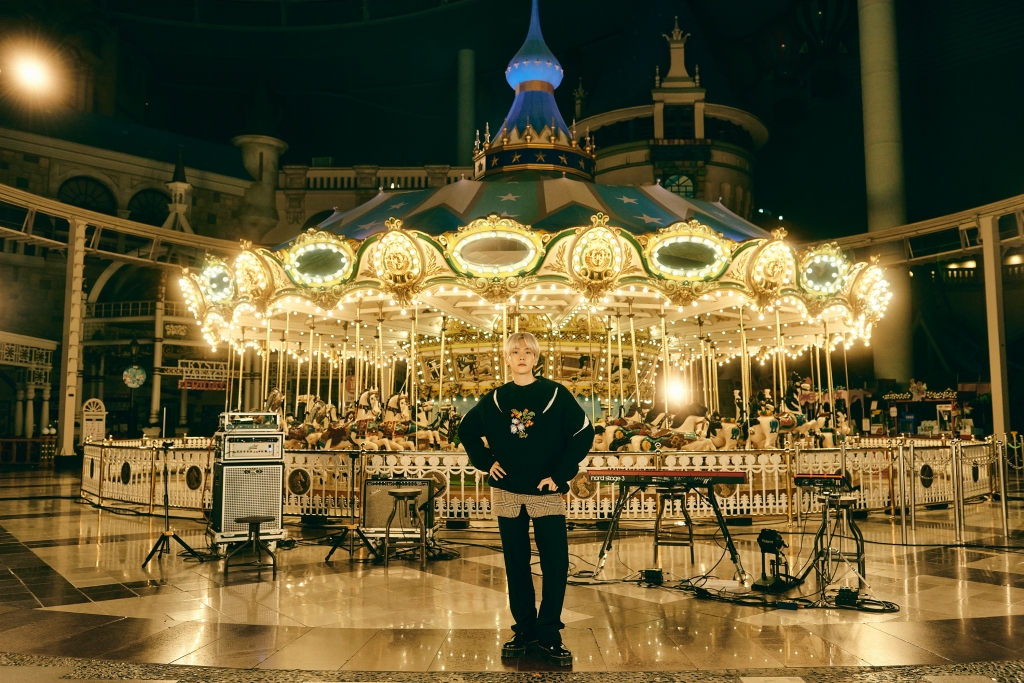 EXO’s Baekhyun is back with new music in time for Christmas! Following the series of teaser photos over the past few days, Baekhyun has shared a new single along with the premiere of the music video.

Baekhyun has released a new single titled “Amusement Park” Monday, the live performance video of which was also released at 6:00 p.m. KST. This is the EXO member’s newest solo release this year, months after the release of his second mini-album “Delight,” with the title track “Candy.” This is also his third solo release since his solo debut in July 2019 with his first mini-album “City Lights” with the title track “UN Village.” From the teaser images, Baekhyun is seen singing in front of a Merry-go-Round along with a band. Written by iHwak and Royal Dive and composed by iHwak, Royal Dive, and Saimon, the song compares love to an amusement park.

Shortly before Baekhyun’s release of “Amusement Park,” fellow EXO member Kai made his solo debut with a self-titled mini-album with the title track “MMMH.” Both members have also been promoting as members of SuperM this year with a full album “Super One” and appearances in variety shows. Baekhyun recently won the Best Male Solo Artist Award in this year’s MNET Asian Music Awards that aired on December 6. The singer also earned the title of “Million Seller” when his second mini-album sold over a million copies this year.

The EXO member will also be having his first solo concert that will be held online through the Naver VLive Beyond Live platform. The concert, named “Light” will be on January 3, 2021, and it is Baekhyun’s first concert as a solo artist. Tickets will be available starting Christmas Eve on December 24, through Naver V Live Tickets and through SMTown & Store Tickets and MD.