BTS V: Fans excited for his mixtape as he also becomes the only idol to have a birthday ad on TIME Magazine 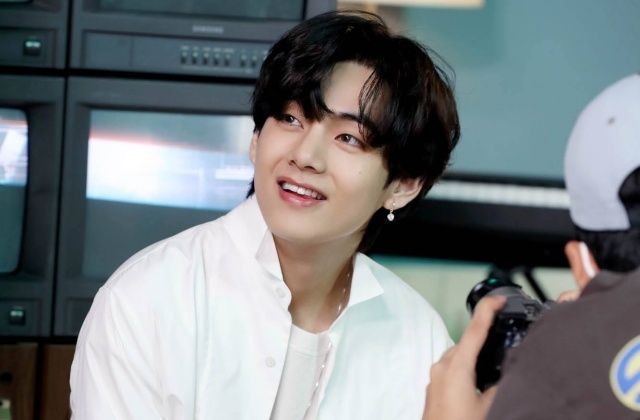 BTS V will be turning 25 on Dec. 30 and just like the previous years, his fans are preparing something grand for him. The secret is already out and his fan base in China called the Baidu VBar revealed that they will make another history when they present their birthday gift to Kim Taehyung this year.

On Dec. 11, the group took to social media and announced that they are putting BTS V on Time Magazine. They shared that they managed to get a spot on the famous magazine and they plan to put up an ad to greet Taehyung on his birthday. It was disclosed that this cost a lot of money and effort but they did everything they could just for their favorite BTS member.

Now, with the birthday ad on Time Magazine, BTS V just became the first and only Kpop star to have an ad on the said publication that usually features globally known personalities. What’s more, what made the ad more special is the fact that the ad will appear on the upcoming issue that will feature TIME Magazine's "100 Most Influential People of the Year."

“TIME Magazine bday support,” China V Bar tweeted on Dec. 11. “The first and only bday support for an idol in TIME Magazine. A support in the same periodical featuring the 100 most influential people of the year.”

As if this is not enough, BTS is also included in the list of most influential people this year. This means that aside from his solo spot for his birthday ad, he will also be in the main feature as part of TIME’s list. Last week, BTS was also on the cover of the said magazine as they were named the TIME Magazine's "Entertainer of the Year."

Meanwhile, before his birthday comes, fans are anticipating something from BTS V. They are waiting for him to release his new mixtape. Fans got the idea that he will be dropping his own mixtape on his special day just like Jin did when he mentioned his wish during a recent interview with Genius.

BTS was discussing what the lyrics of “Life Goes On” means by interpreting each verse. Near the end of the interview, J-Hope said that he wants to be able to go out freely and everyone to be healthy once the pandemic is over. RM and Jungkook then added, “Grammy,” and everyone said, “Yes, the Grammy!”

BTS V then said that he would like to release his mixtape and RM interjected that he really wants it to come out too. That short comment from Taehyung was picked up by fans they started to trend #KTH1 mixtape as they express their excitement for this possible surprise from their idol.