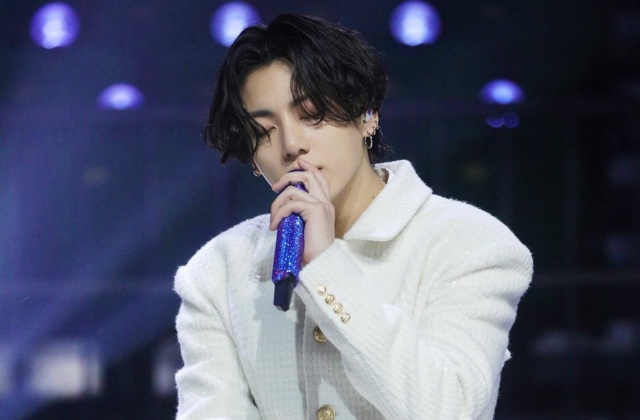 Jungkook is still among the most followed singer not just in South Korea but the whole world. He also appeared in many surveys that list only the best and managed to be included in the top three. Even in the world’s most handsome men, he also ends up in the first place, besting Hollywood personalities.

Now, in the most recent popularity list, Jungkook topped the list once again. Singapore’s The Independent reported that the BTS member made it to first place in Tumblr’s 2020 Top 100 Kpop Stars.

The publication noted that this is not the first time that the 23-year-old placed first on the list. This is the third time that he won the most popular Kpop star on Tumblr. The youngest member in Big Hit Entertainment’s biggest band is not the only one to make it to the list as Jimin, V and Suga placed 2nd, 3rd, and 4th places while RM, Jin, and J-Hope occupy the 5th, 6th, and 7th places, respectively.

This is another proof of Jungkook’s immense popularity that has earned him the nickname “Golden Maknae.” Such kind of popularity also made the “Euphoria” singer the best product endorser as he can even sell anything without even trying. He may simply use or wear a thing, and it will immediately get sold out.

Meanwhile, Jungkook is not just a talented singer, dancer, and artist, he is discovering his other skills as he continues to promote as part of BTS. In fact, he just debuted as a director!

It was revealed that Jungkook directed the music video for BTS’ “BE” title track called “Life Goes On.” Soompi reported that BTS were impressed by what their youngest member could do. He designed the concept, created the music, and more for the music video.

The end result was a successful “Life Goes On” MV that was already watched and praised by millions of fans around the world. In any case, BTS is scheduled to hold an end-of-the-year performance organized by their management agency. They are also expected to perform at the Grammy’s in January, where they were nominated under the Best Pop Duo/Group Performance category.