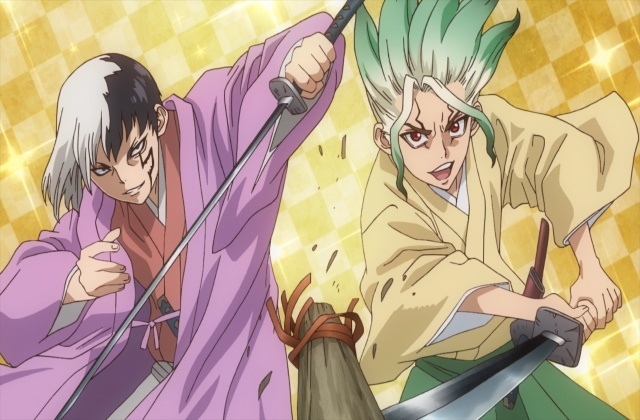 One of the favorite Japanese anime was confirmed to be coming back soon. In the recently released teaser for the next installment of “Dr. Stone,” some spoilers and release date was shared.

Although it took a long time for this Japanese animation to return, fans never got tired of waiting. They are certain for its renewal since it has been one of the top-rating animes that was released in recent years. This is a great feat because “Dr. Stone” is only in its second season.

A new teaser for the upcoming “Stone Wars” arc

CBR reported that Crunchyroll released a special episode of “Dr. Stone,” and it offered both a review of the first installment and a sneak peek for the upcoming second season. The episode was called "Stone Wars Eve of the Battle Special Feature," and it was released through the Jump Anime Festa that took place earlier this month in Japan.

The sneak peek revealed that in season 2 of “Dr. Stone,” Senku Ishigami has changed and is now more knowledgeable and powerful due to his inventions. He has come a long way since being petrified and helped the others to be unfrozen as well.

He has built a civilization and now leading the Ishigami village. It was not smooth sailing for him, though, because there are people like Tsukasa who are against science. This is why they will be battling it out in “Dr. Stone” season 2. Fans will see nature vs. science-believers battle.

Tsukasa has built his own empire, and they will go against Senku’s group, who will also rely on the scientific knowledge and inventions that they have previously produced for battles like weapons that include swords, guns, and more. Senku also has the support of his close friends - Gen and Chrome.

What’s more, it should not be forgotten that Senku will continue to find the answer to the mystery of petrification. He, together with his friends, will also find a solution to de-petrify everyone and start a new civilization. The “Stone Wars” arc will begin with the episode titled the “Kingdom of Science! All forces advance!”

Meanwhile, the second season of “Dr. Stone” is set to premiere in January 2021. This was shown in the special episode, and Crunchyroll also announced it on its website.