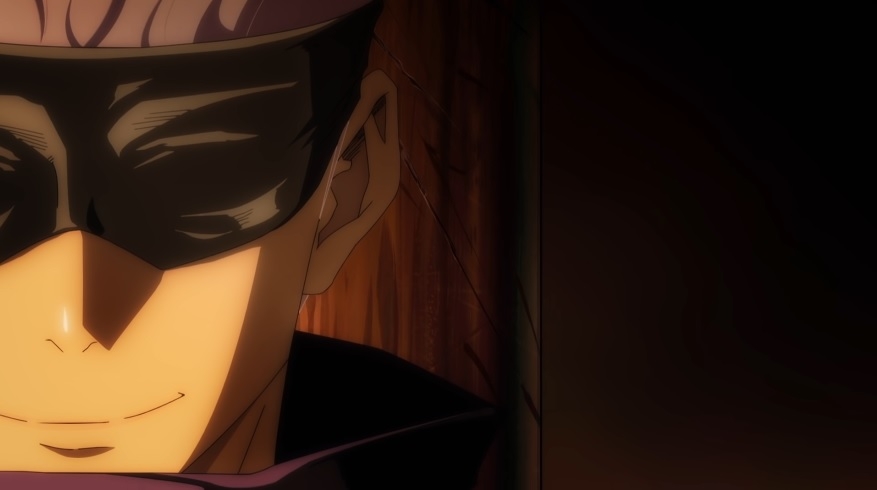 One of the significant appearances in “Jujutsu Kaisen” chapter 128 would be from Miwa. Fans should prepare some tissue, though, as her return seems to also confirm the tragic fate of Kokichi after facing Mahito.

Mahito’s early fights in the current story arc included one that was against Kyoto’s Kokichi. While the manga showed Yuji receiving a pre-recorded call from Kokichi saying he had died, some fans still hoped that it was just a red herring. “Jujutsu Kaisen” chapter 128 will provide more answers to this, with the return of Miwa.

Leaked “Jujutsu Kaisen” chapter 128 scans show Miwa on a train with her eyes welling up with tears. She appears to be holding Mechamaru while the rough translations from fans indicate that she is remembering Kokichi’s “final words.” Miwa is then shown in another panel fully breaking into tears while holding Mechamaru to her chest further hinting at the confirmation of Kokichi and Mechamaru’s demise. Another spoiler mentions Miwa is riding a train headed for Shibuya suggesting that she might later join the fight against Mahito.

Meanwhile, in Shibuya, the battle continues against Mahito. The spoilers mention other sorcerers arriving at the battlefield but most scenes in “Jujutsu Kaisen” chapter 128 will only feature Todo and Itadori up against Mahito. The enemy will also analyze the sorcerers’ HP levels. Mahito deduces that, while Todo is still at 100%, Itadori is down to just 10%. As for himself, Mahito’s power level is down to just 40% hinting at this battle reaching its conclusion soon.

Before the release of “Jujutsu Kaisen” chapter 128, the manga series celebrates an important milestone as it reached 10 million copies in publication. The number includes copies made for the digital, light novel, and manga’s Volume 0 to 13. Some fans attribute this success to the recent premiere of the “Jujutsu Kaisen” anime series with the fifth episode to go on the air on Saturday, Oct. 31.

Fans are then encouraged to support the manga through official channels. Luckily, new chapters are released online for free with its official English translation through Manga Plus and VIZ Shonen Jump. “Jujutsu Kaisen” chapter 128 will be released on Sunday, Nov. 1.