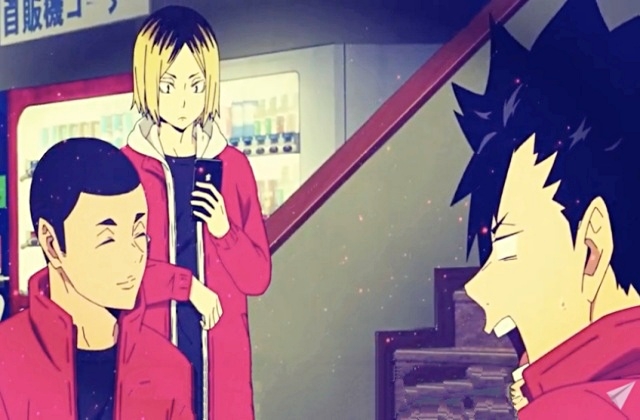 The game between Nekoma High and Sarukawa Tech has started, and the upcoming “Haikyuu” season 4 episode 18 will reveal what happens next in the game. This means that the fans will not see the events yet in the Karasuno High vs. Inarizaki High match as the focus has shifted to the said teams’ battle on the court.

"Haikyuu!!" season 4, episode 17 titled “Cats vs. Monkeys,” revealed Kenma Kozume’s backstory. For the most part, his story was about his friendship with his teammates, plus fans saw how he has grown as a player.

In the flashback for Kenma’s story, the opening of episode 17 showed Kai, Kuroo, and Yaku hanging out together. They were in a hotel and talking about how they can encourage and cheer for their juniors for the upcoming high school league tournament.

Shortly after, Kenma walks in, and the seniors commented on how someone like him who is so weak could actually represent the team in the nationals. They described him as fragile because Kenma always gets a high fever during intense training or after a competition. But then Kuroo seems to stand by Kenma as he simply trusts his junior’s skills.

Back in the game, since Sarukawa Tech and Nekoma High are known to be the experts in defense, their game is really tight. In any case, Coach Shishio of Sarukawa Tech is confident that they will defeat their opponent.

Now, this anime is returning this week with “Haikyuu” season 4, episode 18 titled “Trap.” It will pick up from the scene where Kenma was shown deep into his thoughts. He may be someone who’s lazy and very calm, but when it comes to playing volleyball, he is just the opposite as he suddenly becomes so hardworking and giving out his best in every game.

The plot summary for “Haikyuu” season 4 episode 18 reads: “In the second round of the spring high school volleyball, Otokoma High School played a tenacious game with Hayakawa Technical High School. In contrast to the strategy of Haya Rukawa, who tries to reduce his physical strength and crush the setter, Otokoma's setter Kozume.”

Meanwhile, “Haikyuu” season 4 episode 18 is set to air on Oct. 30, as per Game Revolution. It will be available on Crunchyroll and other accredited streaming sites.