Donald Trump to start his own social media platform 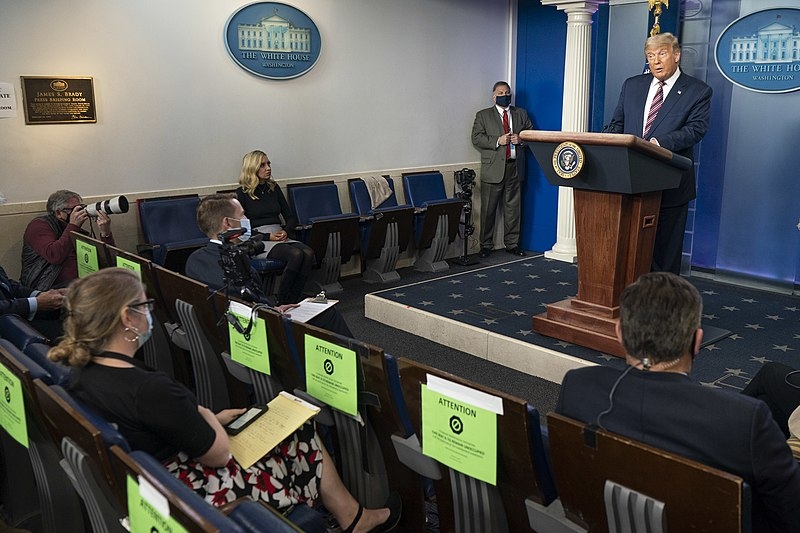 Following the events of the January 6 insurrection, former President Donald Trump has since been permanently banned from most major social media platforms, most notably Twitter. Trump’s top aide Jason Miller revealed that the former president is set to make a return to social media through his own platform.

Speaking on Fox News over the weekend, Miller said that Trump plans to make a return to social media through his own platform, having relatively been away due to being permanently suspended. Since his suspension, Trump has been releasing statements through Miller which have the same tone as his Twitter posts from before. Miller said that the former president’s press releases and statements have been getting more attention than before.

“I do think that we’re going to see President Trump returning to social media in probably about two or three months here with his own platform,” said Miller. “And this is something that I think will be the hottest ticket in social media, it’s going to completely redefine the game, and everybody is going to be waiting and watching to see what exactly President Trump does. But it will be his own platform.”

When pressed on whether Trump was going to develop the platform himself or another company, Miller said he did not know. However, the top Trump aide noted that the former president has been having meetings with executives and that there have been several companies that have approached Trump.

The former president was permanently suspended from most major social media platforms following the Capitol riots. Twitter, Trump’s platform of choice, was notably the platform that made the suspension permanent as it previously suspended Trump’s account for several hours due to spreading his baseless claims of fraud.

Trump has also done more than just spread his false claims of fraud through social media. The former president’s rhetoric against Asian Americans especially during a pandemic has also contributed to the rising hate crimes against the Asian American community, along with his fellow Republican lawmakers. A UN report that was published back in 2020 revealed that Trump legitimized the violence against Asian Americans through his repeated use of “Kung Flu” or “China virus” or “Wuhan Virus” to refer to COVID-19 during his reelection campaign.