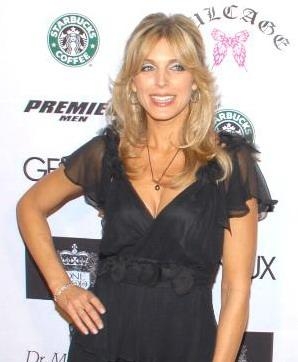 Donald Trump has seemingly learned from his mistakes during his first marriage to Ivana Trump when he met Tiffany Trump. The couple dated for a couple of months before they found out that the former actress was pregnant with their daughter Tiffany.

Maples desperately wanted to get married to the POTUS especially after she had his child, but he only agreed with one important condition. The president wanted Maples to sign a prenup before he would let her walk down the aisle.

Trump previously told a reporter that a prenup is such a buzzkill in a marriage because it means that the couple is already planning their divorce even before they tie the knot. But the POTUS also thought that it was a modern-day necessity.

“A prenup sucks the romance out of the relationship. It’s a prior agreement as to the disposition of money, assets, payments. You basically plan the divorce before you get married,” Trump’s lawyer, Rudy Guiliani said.

According to Vanity Fair, Maples initially requested to receive $25 million from Trump, but he only agreed to pay her $1 million if they get divorced. The POTUS also offered his second ex-wife another million to buy a house.

Trump also agreed to support their daughter Tiffany financially with $100,000 payments that would end the minute she turns 21. Maples agreed with the terms but only because the POTUS said that they could renegotiate five years later. Unfortunately, the figures never changed.

Maples and Trump divorced four years after they tied the knot, which meant that the former actress didn’t actually qualify for a renegotiation. Their split was also triggered by the rumors that Maples had an affair with an unnamed hunk.

According to sources, Maples and Trump denied the allegations and the POTUS didn’t immediately split from his second wife when the rumors first broke out. Trump bided his time because he didn’t want the public to think that he was cheated on.